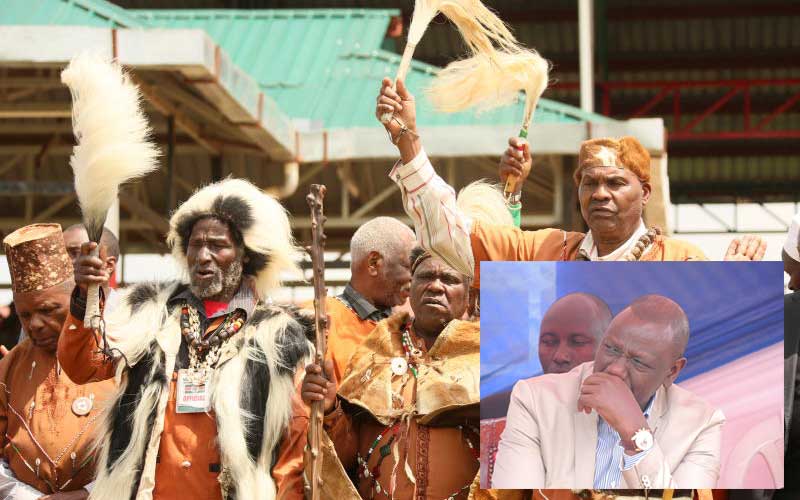 Kung’u, who is the patron of the National Council of Elders was accompanied by chairman Phares Rutere and the Nationhood Sector Principal Administrative Secretary Michael Ndung’u.

Ruto asked the elders to take the lead in preaching unity and end ethnicity in the country.

He urged the elders to mentor the youth to be responsible leaders who are less confrontational and more focused on nationhood.

The deputy president stated that the elders had the power to bring meaningful development to make Kenya more peaceful.

The meeting came at a time when speculations are rife about who President Kenyatta will pass the button to in 2022, given the alleged rift between him and his deputy, with his relationship with former Prime Minister Raila Odinga hitting a crescendo.

Close associates of the Head of State claim that he may end up not supporting Odinga, with his speech during the launch of the Building Bridges Initiative on Monday, October 27, hinting at his initial plans to support Ruto in 2022.

“We started together, but when we got to the middle, the 2022 politics brought war, and he forgot everything else. That is why I am suggesting we slow down, the rest will just come,” added the president.

When Odinga met Mt Kenya elders at his family home in Bondo, he reportedly made a pact with them signaling the end of the two community’s rivalry.

A week later, Kung’u came out to denounce the meeting, explaining that President Kenyatta did not send any representatives to the function.

“President Uhuru Kenyatta did not send anyone to Bondo, and was himself not aware of the visit. It was the work of Peter Kenneth and David Murathe. The National Council of Elders never sent them,” Kung’u stated.

Political pundits have termed the period between now and 2022 as a courtship season where politicians will try to influence Kenyans and fellow leaders to collaborate and align themselves with the winning teams. 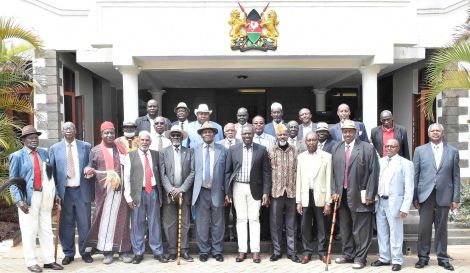