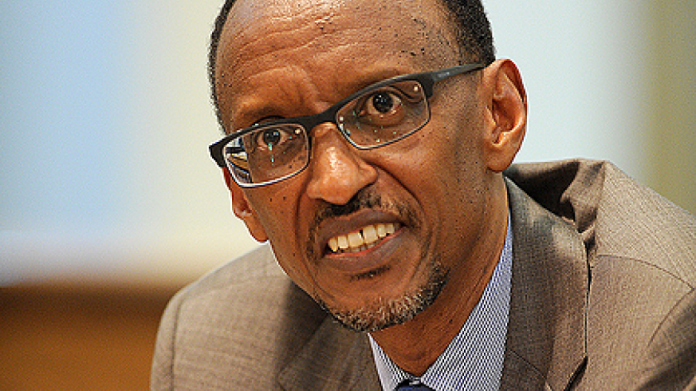 Rwanda President Paul Kagame on Friday, August 9, inaugurated the newly-built Kigali Arena, one of the best sports facilities in Africa.The 10,000-seater state-of-the-art arena is located next to the country’s iconic Amahoro National Stadium.

The arena is a multipurpose facility that will host indoor games, high profile meetings, conferences, exhibitions, and concerts.

“This arena is not just a decoration to be visited on Christmas and New Year. It was built to host the best basketball players of Rwanda and Africa, for them to train, play and win here,” Kagame stated.

Kenyans took to social media to marvel on the project while at the same time criticising leaders over the ‘ridiculous’ projects they launch.

Most of them further noted that the government was yet to deliver on the five stadia that they had promised in their manifesto in 2013.

As the years’ pass, the talk of the new facilities has now gone cold as slow renovations take place at the Nyayo National Stadium while other stadiums around the country remain in deplorable conditions.

The netizens who commented on the story were keen to note that the Kigali project basically took 6 months while most Kenyan Projects took forever to complete.

“Can’t believe this sports complex was started and finished before the year ends. In just 6 months Kigali Arena is fully up and glittering.

In Kenya, we’ve been getting promises since 2013 & the Nyayo one has been under renovation forever. Tumerogwa na mganga (a medicine man has bewitched us)” tweeted Kinyan Boy.

“Yes, 6 good months No politics just work in progress. Anyway, we know about our problem. Will fix it one day the day will be tired,” Ammy Ambrose posted.

“Leave alone Nyayo stadium… In Eldoret we have been renovating Kipchoge Stadium since 1996…without anything happening in it,” divulged Jack Mpekuzzy.