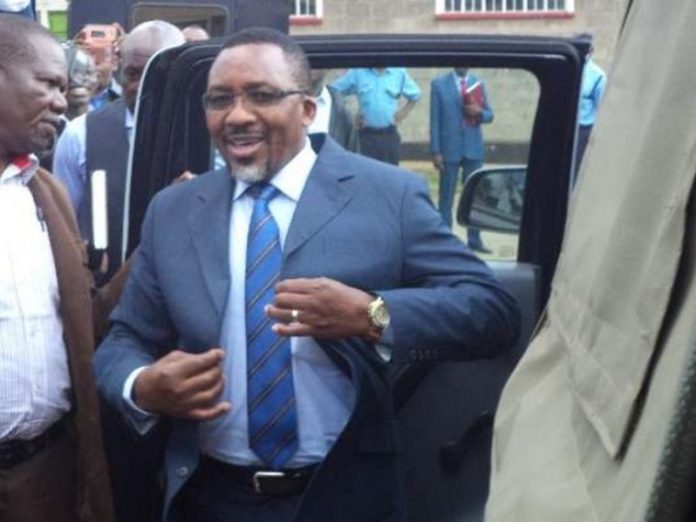 Neno Evangelism founder, Pastor Nganga has revealed that if the late Bomet governor Joyce Laboso had been brought to him, he would have ‘healed’ her.

According to Nganga, prayer and faith are the main ingredients in getting a person healed.

Speaking during an interview with Massawe Japanni, Nganga saidI PRAYED FOR A WOMAN WHO HAS HAD DIALYSIS FOR 8 YEARS.

YOU HAVE ALSO SEEN A VIDEO OF ME WITH A WOMAN WHO HAD CANCER.

THAT IS WHY I CANNOT SUPPORT CANCER TO BE DECLARED A NATIONAL DISASTER .

He adds I WENT TO A KAJIADO CRUSADE AND PRAYED FOR SOMEONE WHO HAD CANCER, HIS WHOLE JAW HAD BEEN ‘EATEN OFF’.

PEOPLE WERE EVEN ASKING WHY I DID NOT PRAY FOR BOMET GOVERNOR JOYCE LABOSO.

IF SHE HAD COME TO ME I WOULD HAVE PRAYED FOR HER.

I DO NOT GO TO HOSPITALS TO PRAY FOR PEOPLE. DON’T THEY KNOW WHERE MY CHURCH IS?

VERY SOON I WILL BE ALL OVER KENYA. I HAVE A TV STATION CALLED SASA TV. I AM A BUSY MAN.

MY MISSION MAINLY FOCUSES ON FIGHTING EVIL SPIRITS AND THAT IS WHAT I AM DOING.