Home General I Was Validly Elected Governor Of Nairobi, You Didn’t Help Me- Sonko... 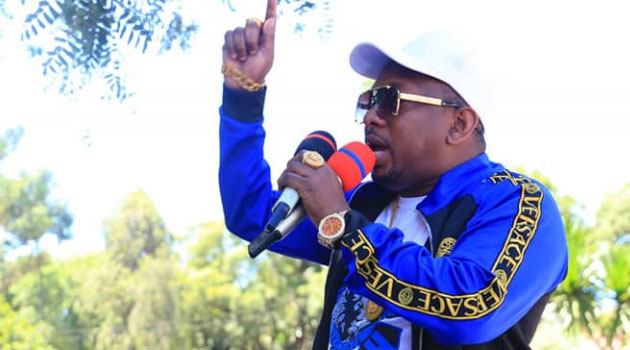 The bad blood between President Uhuru Kenyatta and impeached Nairobi Governor Mike Sonko has hit a new high after the latter disputed receiving any help to clinch the county’s top seat.

During an interview with Kikuyu radio stations aired on Monday, Uhuru said he had helped the former governor clinch the key seat but he ended up being “up and about doing nothing”.

The stations which aired the interview were Gukena, Kameme, and Inooro.

Uhuru claimed that he initiated the removal of Sonko as Nairobi governor as his leadership style nearly grounded services in the city.

But in a long and strong-worded statement on Monday, Sonko hit back saying that Uhuru was telling lies.

“For the record, it is not Uhuru Kenyatta who made me the Governor of Nairobi. I was validly elected by close to one million residents of Nairobi,” he said.

“…garnering more votes than the President himself, and Governors are not Presidential appointees.

Sonko resorted to highlighting all the projects he did during his tenure in office.

He noted that within a few days after assuming office, he cracked down on the cartels that had held Nairobi hostage for decades, sealed all the looting avenues by digitizing revenue collection among others.

“It is therefore ridiculous for the President to allude to failure of any administration, yet he has presided over the worst administration in the history of Kenya,” he said.

He urged the President to own up to Kenyans that he has been ‘incompetent and incapable’ of running the country.

Uhuru and Sonko were once bosom buddies but fell out last year leading to the former City Hall boss’ unceremonious removal from office in December.

Anne Kananu was sworn-in as Nairobi’s deputy governor on Friday last week, and on Monday, she took over the role of governor in an acting capacity after Speaker Benson Mutura handed over.

Furniture, flags, and tables were moved from across the Nairobi county assembly to KICC on Friday afternoon for Kananu’s swearing-in following her approval by the Appointments Committee.

During her vetting, Kananu pledged to have a seamless working relationship with Nairobi Metropolitan Service to enable services to be delivered to residents.

This is in contrast to impeached Sonko, whose acrimonious relationship with the NMS, among other foibles, led to his removal.