Dutch Tycoons Wife Accused Of Pushing Him Over The Stairs, Hitting Him With A Chair Killing Him 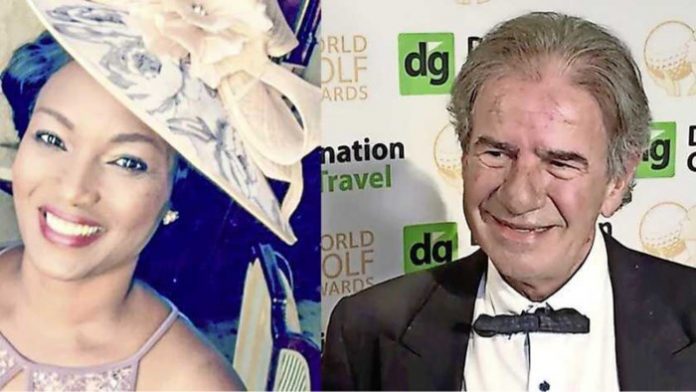 The 69-year-old Cohen and his Kenyan wife Sarah Wairimu were embroiled in a bitter divorce case. This was because of property worth hundreds of millions of shillings.

In February this year, a video of Cohen bleeding from the forehead went viral and he could be heard saying,

SARAH DID THIS. NOBODY ELSE

Cohen’s sister said she used to communicate with him on a daily basis and he always accused Wairimu of being violent. I’M ASKING FOR HELP. LET HIM APPEAR. WHERE IS MY BROTHER? IT DOESN’T ADD UP. IT’S NOT POSSIBLE,’ SHE SAID IN A VIDEO.

Adding, SHE (WAIRIMU) PUSHED HIM OFF A HUGE TERRACE IN FRONT OF HIS HOUSE. HE ENDED UP DOWN THE STAIRS WHERE SHE ALSO ATTACKED HIM WITH A CHAIR. MY FIRST RESPONSE WAS ‘HE IS DEAD’.

Cohen visited police stations several times reporting the assaults, with the latest being July 12 this year but nothing was done.

According to court papers, filed by the tycoon’s lawyers, Wairimu attacked her husband in his office.

ON FEBRUARY 5, 2019 SARAH WAIRIMU KAMOTHO STORMED IN OUR CLIENT’S HOME OFFICE AND THREW A GLASS OF WATER AIMED AT THE FACE OF OUR CLIENT AND THREATENED HIM.

His lawyers also confirmed Cohen’s sister’s confession that Wairimu also pushed him down the stairs. ON FEBRUARY 8, AROUND MIDNIGHT, AS HE WAS STANDING ON TOP OF THE STAIRS LEADING TO THE GARDEN, SARAH SUDDENLY PUSHED HIM DOWNSTAIRS, CAUSING OUR CLIENT TO FALL AND SERIOUSLY INJURE HIS FOREHEAD.

Having lived in Kenya for 30 years, the tycoon was last seen leaving a popular club in the company of two women.

Wairimu was arrested on August 29 and has been in police custody. Yesterday Kiambu chief magistrate Patricia Gichohi said that DCI had asked to detain the suspect at Muthaiga police station to allow the completion of investigations.