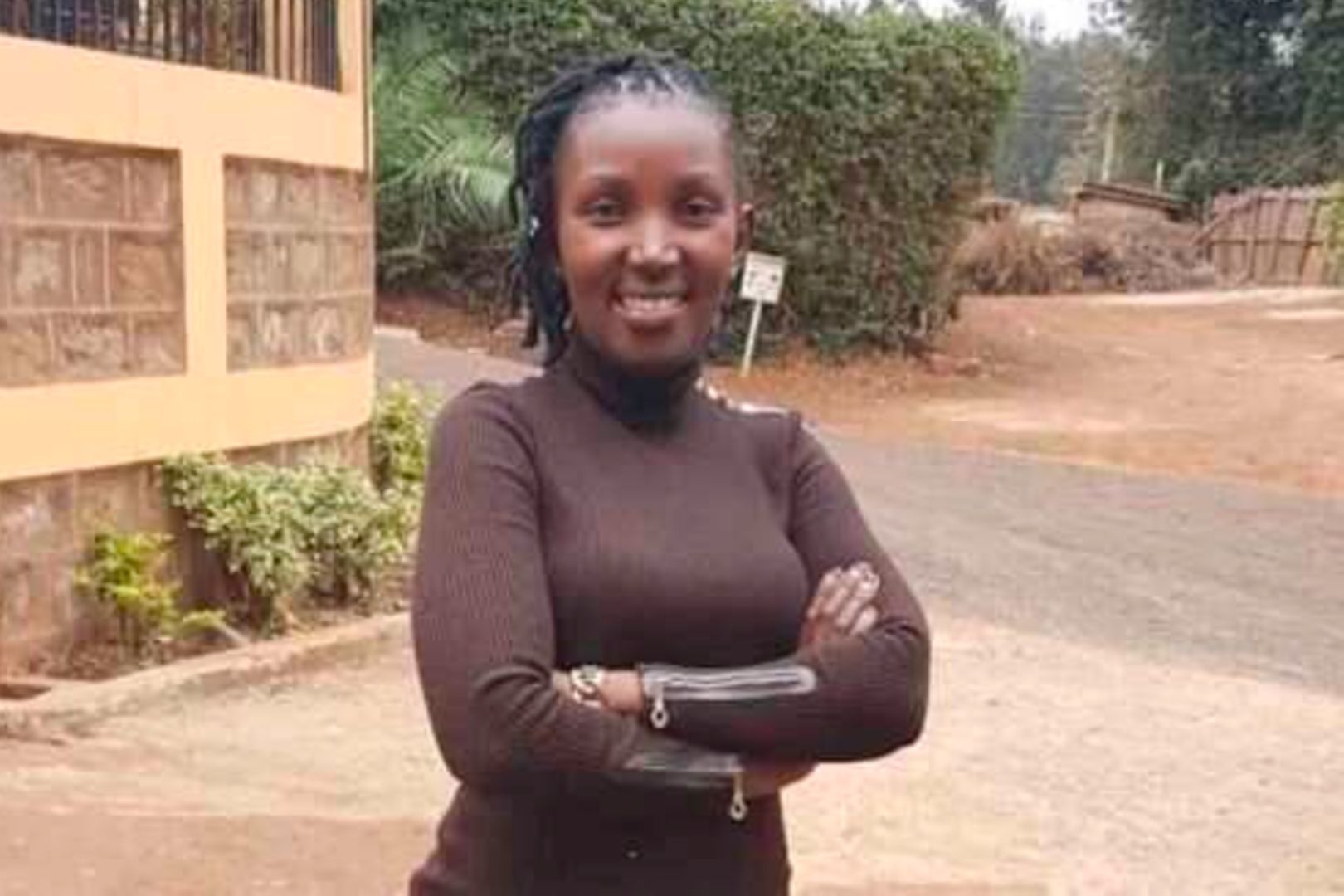 A 38-year-old woman whose body was discovered in a thicket in Kajiado succumbed to the effects of blunt force trauma inflicted on her head and back.

A post-mortem conducted on the body of Caroline Wanjiku Maina revealed her killers used a blunt object to cause injuries on her left hip, hand and wrist.

The autopsy was done at the Kenyatta University Mortuary on Wednesday and attended by her family.

Her sister Rose Thogori said the family was satisfied with the autopsy report.

“She died out of head injuries after being hit on the forehead and the back. She also had bruises on her hip and her eyes were not gouged out as previously thought owing to it being partially decomposed. They were still there,” Rose, who is Wanjiku’s elder sister, said.

They need toxicology tests to establish if she was also drugged.

The autopsy was done by Dr Charles Muturi.

The family said the slain businesswoman who was a mother of three will be buried on Friday at her parents’ home in Kangari, Murang’a County.

This comes as police prepare to charge the four prime suspects with murder over the incident.

The detectives handling the case said they have strong evidence to link the four to the murder.

They believe the motive was a Sh20 million tender that was paid to Wanjiku by a county government in the Eastern region.

Wanjiku was abducted in Nairobi on February 12 and murdered before her body was dumped in a thicket in Kajiado.

Some of the suspects in custody have told police they were partners with Wanjikuin a construction firm that won a tender to construct a sidewalk in the county and she had been paid the money but failed to honor her promise.

According to statements recorded by the suspects, there were four partners in the company including Wanjiku, another woman, and two men.

It is Wanjiku who had apparently secured the tender but because she did not have enough money to deliver, she sought the help of the other partners who gave money in anticipation of getting more when they would be paid.

Under pressure, Wanjiku was informed she could make quick money through a loan from a Sacco. She told one of her friends she wanted to boost her Sacco shares to enable her to get a threefold loan for her to pay some of the money she owed her partners.

Police also suspect the deceased woman was drugged before her murder. A toxicology report will be made public later.

Police also suspect, by physical analysis, she was sexually assaulted before her murder.

On the day she went missing on February 12, she withdrew Sh350,000 from one of the banks in Nairobi, before proceeding to meet one of the suspects at Ngara for “a business deal”.

Innocently driving into her death trap, Wanjiku had made a call to a female friend explaining her meeting with the suspect who was to guide her into boosting her Sacco shares with the withdrawn amount.

Investigations have shown once at Ngara, Wanjiku was forced into a black Toyota Crown car in which the suspect was waiting before she was sandwiched by the other suspects and handcuffed.

The suspects told police they expected her to come with more money but were disappointed to learn she had only Sh350,000.

From Ngara, they drove towards Museum Hill, Waiyaki Way, Naivasha Road, and stopped in the Gatina area, Kawangware.

All along, someone else was driving Wanjiku’s Toyota Axio car, which they abandoned in Kawangware.

The group then proceeded to Kajiado where they told police they tortured the woman before killing her.

Their movements were captured on security cameras along the roads they used, further tightening police evidence on their involvement.

After their arrest, the team handling the case escorted two of the suspects to Kajiado’s Parana area, being the scene where the suspects dumbed Wanjiku’s body after torturing her to death.

The detectives said a pair of handcuffs used to restrain the deceased, her company stamp stolen from her car, and a surgical facemask believed to have been worn by her were recovered.

By the time of the body was discovered on February 15, it was starting to rot.

The family had circulated posters with her pictures and details seeking for public help to trace her whereabouts.

In the February 13 report at Muthangari Police Station, Wanjiku’s Toyota Axio car was found abandoned in Nairobi’s Kawangware area near Gatina Primary School, a day after she went missing.

Accompanied by Wanjiku’s sister Rose, the team then proceeded to Kajiado hospital mortuary, where she (the sister) identified Wanjiku’s body, reported to have been collected at the earlier said scene on February 15.

Another Mercedes Benz car believed to have been used to dump the victim’s body has since been recovered at one of the suspect’s homes.

With further investigations ongoing, the four suspects are pending arraignment for murder.

A magistrate in Kibera on February 16 allowed police to detain the suspects for ten days as they complete their investigations into the murder.