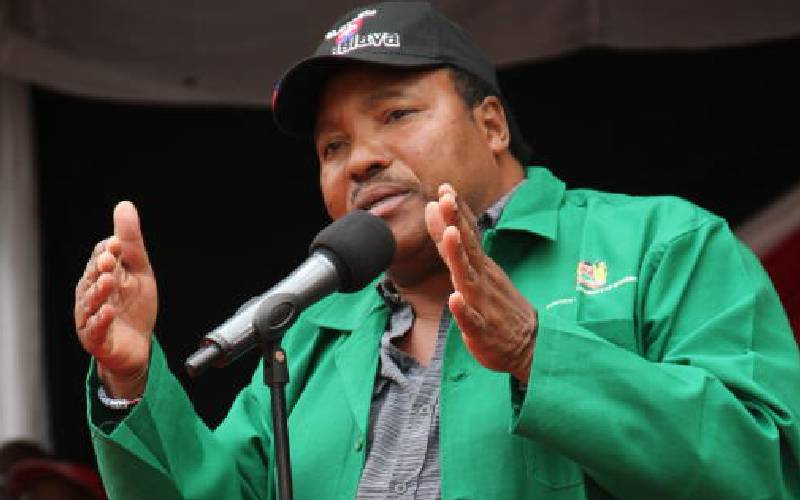 Former Kiambu Governor Ferdinand Waititu brought Kayole estate to a standstill on Friday, February 19, when he accompanied President Uhuru Kenyatta for the opening of the Soweto Level 2 hospital.

In a video seen, the former governor was pulled out of his vehicle by some of the residents who wanted Waititu to address them.

It is not clear whether the former Embakasi Constituency MP ended up addressing the residents or not. 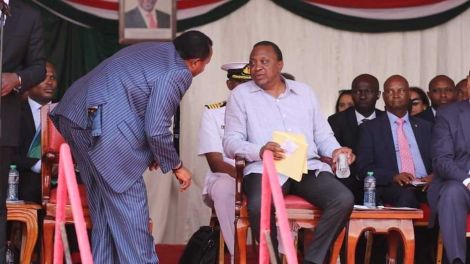 “Waititu has brought a convoy to a halt,” a resident could be heard saying.

Waititu has of late become a prominent feature in Kenyatta’s entourage as he tours and opens projects done by the Nairobi Metropolitan Service (NMS).

On January 30, 2021, Waititu accompanied other Mt Kenya leaders to Sagana where Uhuru had convened a meeting to discuss the region’s politics and development matters.

“We agreed on a number of issues and straightened out some things that were causing confusion. We have now agreed to pass the BBI bill,” said Waititu.

He was spotted again in Uthiru when the president was launching the Muthua health center.

Waititu has since conveyed his heartfelt apologies to the Head of State on behalf of his colleagues in the Jubilee Party who have already launched campaigns ahead of the 2022 elections.

“I ask for forgiveness from the president because I took part in politics, but it seemed the campaigns went overboard when he asked us not to engage in politics,” stated Waititu.