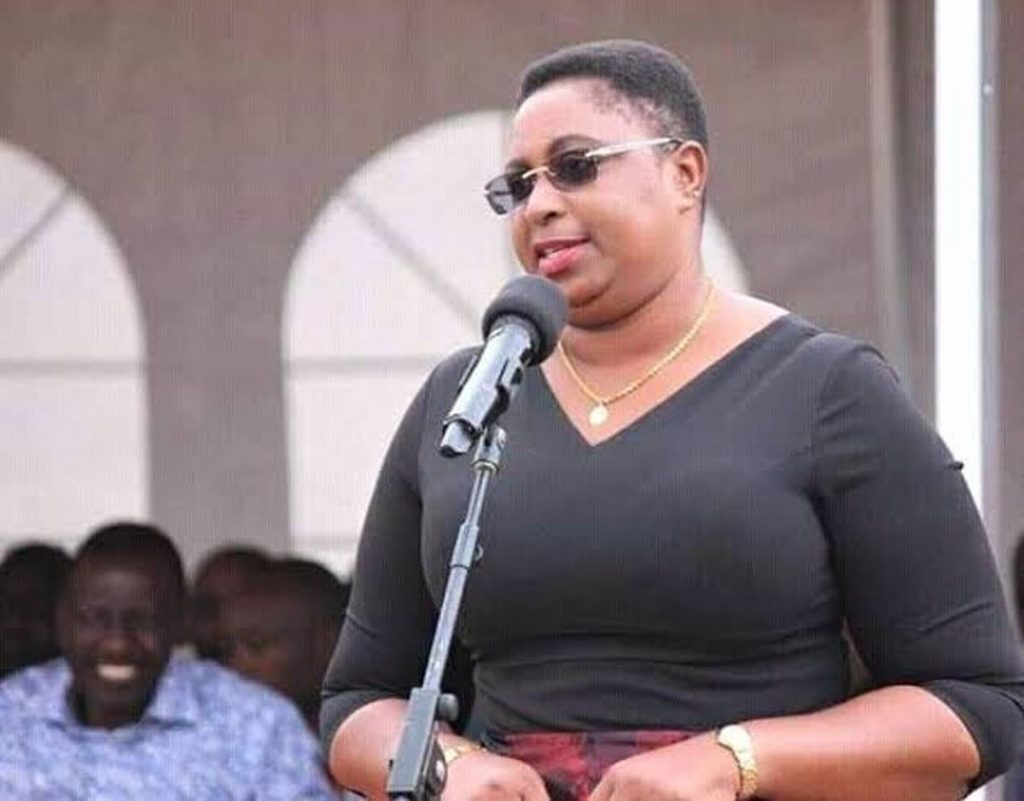 A Mombasa court has released embattled Malindi MP Aisha Jumwa – accused of misappropriating Sh19m public funds – on bond, arguing that she was not a flight risk.

Ms. Jumwa was accused of conspiring to commit an offense of corruption, willfully failing to comply with the law related to procurement, conflict of interest, money laundering, acquisition of proceeds of crime, forgery, and uttering.

She denied the charges and will be freed on a Sh5million bond or an alternative Sh2 million cash bail.

The mention of the case has been set for September 21, Mombasa chief magistrate Edna Nyaloti ruled.

Ms. Jumwa was arraigned today after being spared a weekend stay in remand over the loss of Sh19 million from the Malindi National Government Constituency Development Fund (NG-CDF).

The outspoken legislator, who is the fund’s account manager and a member of the constituency tender evaluation committee, is accused of siphoning the public funds into her personal and her close relatives’ accounts in 2018.

On Friday, her six co-accused were arraigned before Chief Magistrate Edna Nyaloti where they each denied 10 charges and were granted a Sh5 million cash bail. The court has since reviewed the cash bail to Sh500,000 or an alternative Sh2 million bond.

Ms. Jumwa, however, failed to show up in court with her lawyers arguing the Director of Public Prosecution (DPP) had not notified her to appear in court nor was she summoned by the police.

The lawyers added that they only learned of her summonses through the media.

Magistrate Edna Nyaloti ordered that she surrenders to Port Police before today.

Ms. Jumwa yesterday appeared at the police station and denied she had been on the run since there are many DCI offices around Kenya.

Detectives from the Financial Crime Investigation Unit who had traveled from the Directorate of Criminal Investigations (DCI) headquarters in Nairobi grilled her for about an hour.

She later addressed journalists after recording her statement.”I couldn’t have gone into hiding because the DCI has offices all over … in Malindi, Mtwapa, Shanzu, and so on. There is no place I could hide it,” she said, adding, “I will tomorrow appear before the court for the charges. However, I want to refute claims that I had been arrested, I have not been arrested as you can all see.”Where it began

On Thursday, the Director of Public Prosecutions Noordin Haji okayed the prosecution of Ms Jumwa and her alleged conspirators over corruption.

Mr Haji said, although the investigations done by the Directorate of Criminal Investigations were for the misappropriation of Sh57 million, they were only able to establish a graft of Sh19 million.”It was alleged that several business entities controlled by Aisha Jumwa through her proxies fraudulently received funds from the NG-CDF accounts, and in turn transmitted a total of Sh57,711,69 to Aisha Jumwa,” said Haji.He added that the case that was fully investigated involved payment of Sh19,002,000 to Multserve Contractors Limited in which Robert Katana Wanje is a director.  Haji accused Ms. Jumwa of skewing the tender process to favor the company to build a sub-county education office block.”Multserve Contractors Limited received an amount of Sh19,002,000 out of which Sh2.5 million was illegally transferred to Aisha Jumwa whilst being a Member of Parliament for Malindi Constituency. This amounted to a conflict of interest,” Haji said in a statement.

The public prosecutor added that evidence showed Ms. Jumwa concealed the said money, being proceeds of crime, through depositing an installment towards the purchase of an apartment along Argwings Kodhek Road in Nairobi.