Home General What Happened To Bob Collimores Ashes After Cremation, According To His Wife... 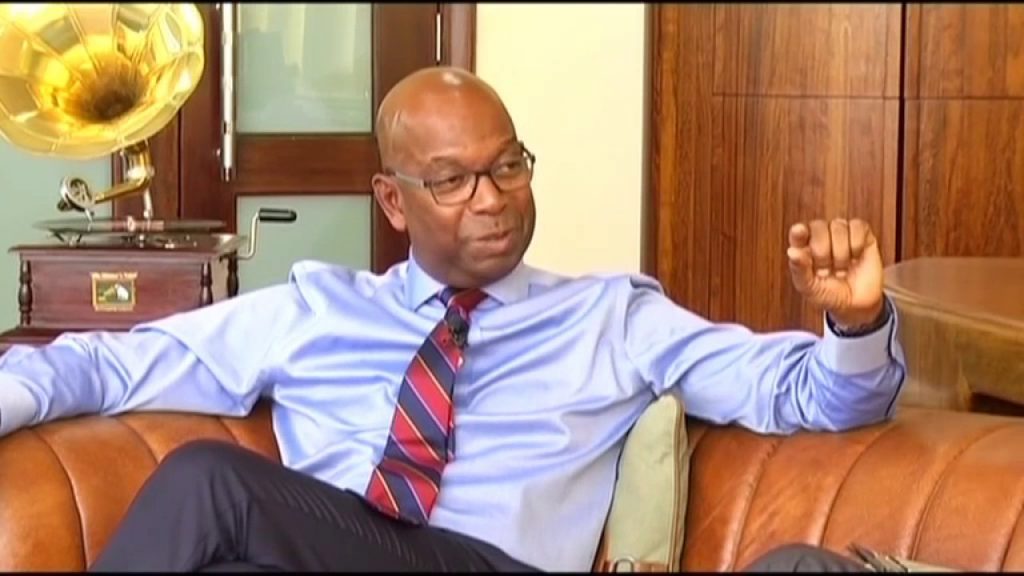 Almost a year after the death of Safaricom C.E.O Bob Collymore, his wife has revealed that his ashes were spread in Diani his favorite place in the world.

Speaking in a recent interview with the Daily Nation, dubbed ‘Life after Bob Collymore’ his widow Wambui Kamiru said,

‘BOB’S ASHES WERE DEPOSITED INTO THE SEA IN DIANI.

DIANI WAS HIS FAVOURITE BEACH IN THE WHOLE WORLD, SO WE THOUGHT IT BEST TO PUT HIS ASHES IN THE SEA THERE.

SO THAT NO MATTER WHERE ANY OF US, HIS FAMILY OR FRIENDS, ARE IN THE WORLD, AS LONG AS YOU ARE NEAR OR OUT AT SEA, THEN YOU ARE IN THE PRESENCE OF WHERE HIS REMAINS ARE.’

Bob Collymore was diagnosed with Acute Myeloid Leukemia, a rare form of blood cancer in 2017, at a London hospital where he had been referred from Nairobi Hospital.

Collymore told Citizen TV last August (2018) that he had been unwell for a while, mostly feeling tired and having fever on and off.

By the time he was diagnosed, doctors told him he had had the disease for probably six months.

He experienced the first symptoms while on a visit to Morocco and thought he had flu. He had pain on the bones of his shins.

“I FINALLY WENT TO A DOCTOR HERE IN NAIROBI WHO SAID I THINK YOU ARE VITAMIN D DEFICIENT. I WILL GIVE YOU SUPPLEMENTS,” COLLYMORE SAID.

Next, he visited Nairobi Hospital where he underwent 30 blood tests. A bone marrow test showed something was wrong with his blood and he was admitted.

The doctors recommended a hospital in London for further treatment. That is where he was diagnosed with Acute Myeloid Leukemia.

The condition meant his body wasn’t producing white blood cells, which meant his immune system had broken down and couldn’t fight infections.

He was told he would undergo treatment for six to nine months.

“THAT WAS THE BIGGEST SHOCK.

BEING DIAGNOSED WITH CANCER FOR ME WASN’T SUCH A BIG DEAL. A LOT OF PEOPLE SEEM TO THINK THAT’S A BIT STRANGE. BUT FOR ME IT WAS, YOU KNOW, IF YOU GOT CANCER YOU GOT CANCER. YOU CAN’T UNDO IT.”

What upset him was he would spend so much time away while he had a company to run and family to take care of.

In the end, Collymore spent nine months and two weeks in the hospital.

He was placed in isolation for seven weeks and spent most of the time reading and staying in touch with the Safaricom office in Nairobi.

He said cancer is a terrible word and anyone who is told they have the disease responds in a different way.