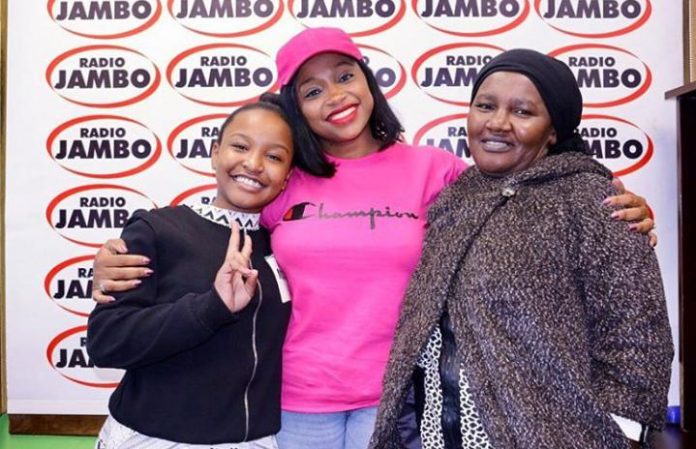 Ms Syombua stated that she was a staunch Christian adding that Joe was lying to cleanse his name.

According to Ms Syombua, the former manager shared very minimal funds with her that was given to support Wendy.

Syombua stated: “He received money from politicians in the name of my daughter; he got Ksh140,000 from Raila Odinga and only gave me Ksh30,000.”

She continued: “He got Ksh100,000 from Kalonzo Musyoka and TV presenter Jeff Koinange each and I only received Ksh20,000 and Ksh4,000 respectively.”

Speaking on the Rwandan trip which Joe claimed that President Paul Kagame had given her Ksh500,000, Ms Syombua said that the former manager had demanded almost half the money.

Wendy’s mother said: “During our trip to Rwanda, President Paul Kagame gave me Ksh500,000 to support Wendy’s talent, I shared the money with Joe by giving him Ksh200,000 but he still demanded more.”

However, Mr Mwangi had told comedian Chipukeezy that the fall out with Wendy was after he confiscated her mobile phone.

“Joe confiscated my daughter’s phone on claims that she was visiting unauthorized sites; he declined to return the phone to me until recently after the interview (on JKL). I felt offended considering I was the one who had bought the mobile phone,” Wendy’s mother said.