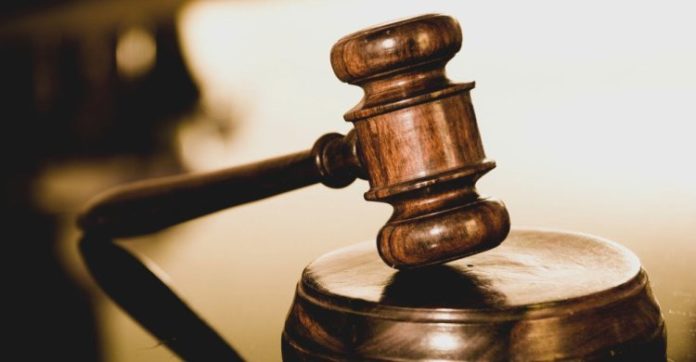 A security guard who allegedly strangled and pushed an employee on the floor injuring his left leg has been charged with assault.

Abgudo Halakhe was charged before Kibera senior resident magistrate Renee Kitagwa where he denied the charges.

Police report indicates that the complainant, Mohammed Yusuf’s, contract had been terminated by his boss when he decided to visit the place to ask for his salary arrears on October 20 in Nairobi.

But upon arrival, the accused blocked Yusuf from seeing his former boss.

A quarrel then ensued between the two resulting to the accused strangling Yusuf and pushing him on the floor.

Halakhe however denied the charges and was released on Sh 10,000 cash bail with the surety of the same amount.

The case will be mentioned on November 4.