Home General The Ordeal Of Being Infected With Coronavirus In The UK, Kenyan Man... 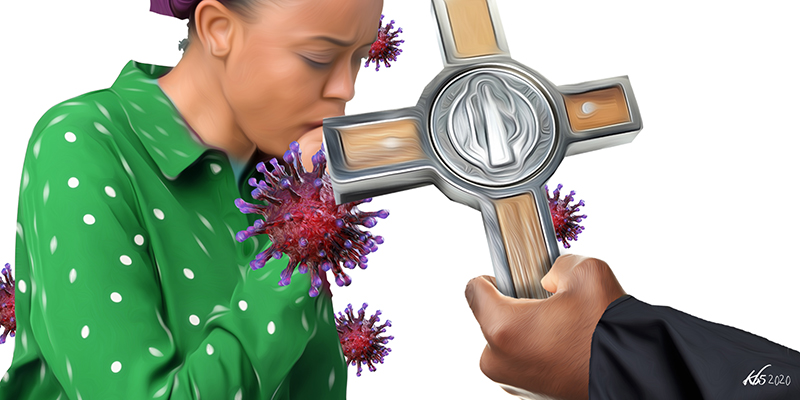 This has been the song Kenyan authorities have been singing day in, day out during press conferences.

In particular, the Health ministry has been repeating these same words since the first Covid-19 case was announced on March 13.

But despite the tunes running so loud in people’s minds and hearts, some citizens have not taken these measures into practice.

Instead, they have been defiant and some are going to work – even when working at home is an option for some, not wearing face masks, not practicing social distancing among other behaviors.

This has made the Kenyan Covid-19 cases surge.

The country surpassed the 6,000 caseload on Sunday after 259 new coronavirus cases were reported.

The number of positive cases now stands at 6,070.

One woman known as Cate Mimi has gone the extra mile to tell Kenyans to take the disease seriously after she discovered she had Covid-19.

She narrates her own ordeal with the disease.

Mimi is a Kenyan living in the United Kingdom and she tested positive on May 16.

Mimi is a registered nephrology nurse in Kenya and the UK.

She notes that on that fateful day, she went to take a shower but noticed that her neck was itching.

“Either I’m suddenly allergic to my shower gel or something is wrong with my towel….I do not know why my throat is so dry. My lips are cracking and the Vaseline lip moisturizer isn’t helping. I think I’m coming down with a sore throat. I can’t stop clearing my throat,” she said

The next day, as Mimi was washing her hair, she realized that she could not smell her conditioner.

“It surely isn’t expired? I check again. The expiry date is sometime in 2022. That’s odd. I tell myself. I can’t stop clearing my throat either,” she said.

Her appetite and taste for food had vanished.

“My neck continued to itch. I applied some antihistamine cream and made a mental note to buy some skin-friendly detergents,” she said.

Mimi said that by 7 pm, the itching was gone but noted that the constant clearing of her parched throat was replaced by a deep hacking cough.

When she went to bed, she woke up covered in buckets of disturbingly drab sweat.

“I had to change pillows because the one I laid my hot head-on was drenched in sweat,” she said.

On the third day, she woke up and went to work in a care home, adding that she felt tired and her legs felt like they had pins and needles.

“Just after washing my hands, on my way to my locker to get changed, the manager summoned me to the office. She stood two meters away and told me that one of the residents had turned Covid-19 positive,” she says.

“This is the resident I had been worried about. I immediately told the Nurse manager R what I’ve been feeling. She then makes the right call and tells me to go back home, self-isolate and phone NHS 24.”

NHS 24 is a phone service for the National Health Service of the United Kingdom. You get to consult a doctor on the phone and you may be advised to go to the hospital.

Mimi says it took about five minutes for the doctor to get back to her.

“I explained my symptoms and she dropped the bombshell unapologetically. “All your symptoms are suggestive of Covid-19 infection especially now that you’ve been caring for someone who has turned positive.”

“She goes ahead to outline things I should do, including a test to confirm but I’m not listening. Suddenly I can’t breathe through my nose because it feels congested. She keeps asking if I’m there. I am there. Just not there.”

She noted that after being isolated for some time her symptoms diminished and she returned to work.

“I am back to work. I however haven’t said I tested positive again after 10 days,” she said.

Mimi notes that she was advised from earlier on by the health regulators here in UK that once you are free of symptoms, you may keep testing positive for even 8 weeks.

When a person tests positive for coronavirus, you are isolated and when you test negative and are discharged, most are not aware of what you will be grappling with thereafter.

A Chinese study published at the beginning of the outbreak found 66 out of 70 patients had some level of lung damage after being discharged from the hospital.

The BBC reports that more than 300 studies from around the world have found a prevalence of neurological abnormalities in Covid-19 patients, including mild symptoms like headaches, loss of smell and tingling sensations (arcoparasthesia), up to more severe outcomes such as aphasia (inability to speak), strokes and seizures.

This is in addition to recent findings that the virus, which has been largely considered to be a respiratory disease, can also wreak havoc on the kidneys, liver, heart, and just about every organ system in the body.

Speaking to the Star, MoH Dr. Patrick Amoth noted that Kenya has not yet recorded any long term damages resulting from Covid-19.

“..but there is evidence emerging that there could be long term damages in the heart, the kidney, and the brain,” he said.