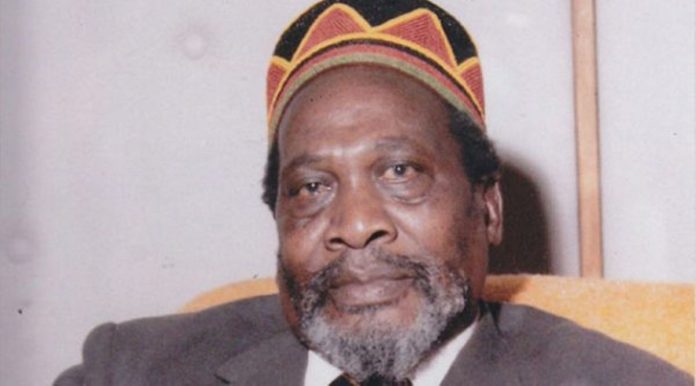 A new book by a retired Kenya Army general has revealed the care and honour Mzee Jomo Kenyatta was accorded by the military — even in death.

The military, which has responsibility over the founding President’s mausoleum, on at least one occasion removed Mzee’s body in the dead of night three months after his burial and took it to City Mortuary for professional care before returning it to the Parliament grounds.

The hitherto undisclosed information is now contained in Lt-Gen Daniel Opande’s autobiography, In Pursuit of Peace in Africa, adding another twist to the secrecy involving Kenyatta’s burial.

Mr Opande, who has had a colourful career in the military, says that three months after Mzee Kenyatta’s burial he was called by the Army Commander, Gen Jackson Mulinge, and asked to “heighten security around the mausoleum and to be ready to arrange for a military ambulance to take the casket containing the body of Mzee to the City Mortuary”. 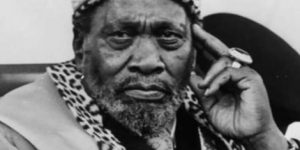 The man who was to lead the exhumation exercise was Kenyatta’s physician, Dr Eric Mwangola, who was also the Director of Medical Services.

A source in the Kenyatta family confirmed that the family members knew about the exercise — and that it has happened “twice or thrice” ever since, for “cleaning up”.

The first President died on August 22, 1978 and the anniversary of his death has been marked publicly ever since.

During the commemoration last week, President Uhuru Kenyatta, his son, announced that the family had made a decision to conduct the memorial privately in future.

In his book, the first time the matter has been brought to the public, Mr Opande says there was some sense of urgency in Gen Mulinge’s call.

“I could detect the sombre urgency in his voice as he stressed that the whole operation had to be completed by the following evening. I assured him that I understood his instructions and would comply.”

By then, Mr Opande was the staff officer responsible for ceremonial duties at the Army headquarters.

During the planning of the burial, Lt-Gen Opande had prepared briefings for Gen Mulinge on the programme — perhaps unaware that this had been firmed up more than 10 years earlier by the British High Commission in Nairobi, intelligence and a few politicians led by Vice-President Daniel arap Moi.

Then, it was not clear why Kenyatta’s body was to be exhumed and as Lt-Gen Opande says, Gen Mulinge “did not elaborate the reason for carrying out this delicate task”. 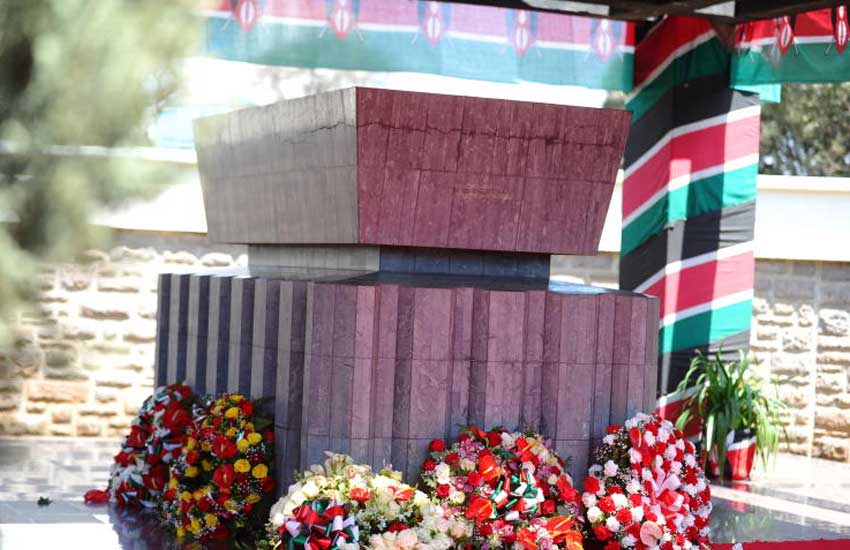 But shortly after Gen Mulinge hung up, Mr Opande says he received another call from Dr Mwangola.

“He introduced himself and asked if I could meet him at the mausoleum on Sunday evening at 9.30pm. I replied that I would be glad to do so. I assured him that I had received instructions from the Army Commander to put myself at his disposal.

“Although I was yet to know what this was all about, I did not ask any more questions, suspecting that the line was not secure,” he writes.

Under the cover of darkness and on a lonesome Sunday night, Lt-Gen Opande arrived 30 minutes early with Major Henry Kamiti, who was then the officer commanding the company that was guarding the mausoleum.

The area around the mausoleum was cleared and a security cordon thrown around it.

A military escort had been organised and before Dr Mwangola arrived, Lt-Gen Opande briefed Maj Kamiti that they were supposed to retrieve Kenyatta’s casket and take it to the mortuary.

“Shortly”, writes Lt-Gen Opande, “Dr Mwangola arrived and briefed me on what he wanted my team and me to assist him with”.

“We entered the mausoleum and with the help of a handful of soldiers set out to take out the casket. It was quite heavy and tricky to remove but we managed to bring it out successfully. It was immediately transferred to the waiting military ambulance for the journey to the City Mortuary.”

Lt-Gen Opande offers no further details on how they opened the crypt that has been under military guard ever since Mzee Kenyatta was laid to rest on the afternoon of August 31, 1978. 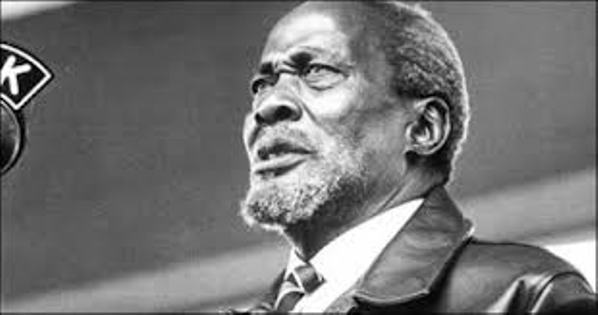 Records from the British Archives have recently revealed the details regarding the burial of Kenyatta, with a burial vault — similar to that of John F. Kennedy — flown to Nairobi before Kenyatta’s death and stored at the Kahawa Army barracks, where it was marked M.T Spares.

It was the lifting of this vault that might explain why Lt-Gen Opande described Kenyatta’s casket as “quite heavy”.

“On arrival at the mortuary,” Lt-Gen Opande recalls, “We transferred the casket inside. The pathologist, Dr Rao, and his assistants who were on standby quickly opened the casket and carefully removed the body and placed it on a large table draped with a clean white sheet. I watched carefully as they cleaned the remains that appeared very well-preserved.”

“Within an hour, the body was placed back into the casket for transportation back to the mausoleum. Later that night, my task accomplished, I called Gen Mulinge and informed him of the success of our mission,” he writes in the book published last week by East African Educational Publishers.