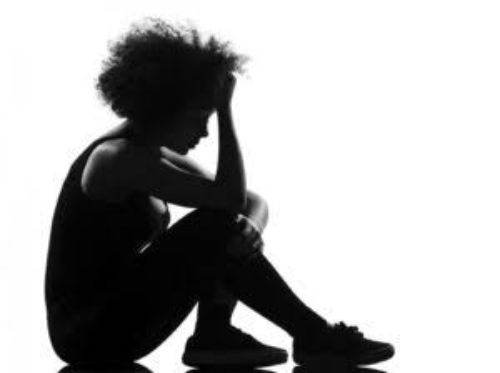 He couldn’t see a thing. A pitch-black cell left Ian feeling hopeless. How did my life end up like this? Ian Humphrey hit bottom when he was put in solitary confinement after starting a fight with another prisoner. His past and the darkness of his surroundings spoke to his soul: You are a failure, unworthy of love.

He couldn’t see a thing. A pitch-black cell left Ian feeling hopeless. How did my life end up like this?

Ian Humphrey hit bottom when he was put in solitary confinement after starting a fight with another prisoner. His past and the darkness of his surroundings spoke to his soul: You are a failure, unworthy of love. The only thing he could see was the vanishing of his life-long dreams of finding love, marrying and having a family.

The odds were against Ian Humphrey from birth. His father abandoned him. He survived being born prematurely after his mother was assaulted and fell down a flight of stairs. Three years later he was in a coma after finding medication in his mother’s purse and swallowing it. This incident eventually led to his being placed in a foster home where he experienced physical, sexual and emotional abuse until his grandmother gained custody. Following the death of his mother when he was 12, his grief spawned anger, and Ian chose the path of his father, a career criminal. When Ian was 19, the state of California convicted him of armed robbery and assault with a deadly weapon. He was sentenced to 15 years in prison.

And then, a light pierced the spiritual darkness in Ian’s cell. A voice interrupted his thoughts.

“Mr. Humphrey?” a vocational educator asked through the tiny window of the cell door.

Ian couldn’t believe how he was being addressed. No one had ever called him “Mr.” or showed him respect.

“I see you,” the educator said. “You don’t belong here. God has great plans for you. I want you to know I believe in you.”

That brief conversation sparked hope in Ian’s soul. The freeing words the educator spoke — “I believe in you” — inspired Ian to work on healing from his childhood traumas.

Once freed from prison four years later, he met a woman he wanted to marry. Ian knew that with all his childhood “stuff,” having a healthy marriage would be hard work. But he put in the effort.

After nearly 20 years of marriage, Ian has identified three focal points that help him maintain a steadfast marriage despite a background of childhood trauma.

Look to God, look to the future

Ian has a scar on his hand from being burned by an iron. His foster mom did that to him. He says, “It’s easy to look at my scar and remember that painful moment. However, emotional abuse has left a deeper scar.”

Now Ian looks to God for comfort and healing from the past. Even though he doesn’t understand how God allowed him to suffer these things in his childhood, nor does he know how it will “work together for good,” Ian trusts in the truth of the Scripture, “Be still, and know that I am God” (Psalm 46:10). We still — don’t wrestle with the “what ifs” the “should of’s” or “could have been.”

Look to God, and visualize the future of your marriage. Always have something to look forward to and keep your mind focused on what’s ahead; God is always ahead.

Ian says, “I believe you have to look back at times to see how far you’ve come, and acknowledge that you made it and you’re stronger. Where trauma has made you weaker, continue to work on those areas with Jesus. Looking back without allowing it to hold you back is the key.”

Focus on your feelings

This could sound self-centered; however, someone recovering from trauma needs to become intentionally self-aware of what is happening internally. Otherwise, former wounds can create barriers that block connectedness, communication, intimacy and the ability to show and receive love.

Through counseling, Ian learned to identify triggers from his childhood trauma. After recognizing the triggers, he was able to articulate to his wife what he was feeling, placing the focus of conversations on himself.

He says, “Because my foster mom locked me in a closet, I get panicked when I’m inside a closet and someone is blocking the door. So I acknowledge my anxiety — just being able to identify when you are feeling something isn’t right within yourself, is huge. Then, when I’m feeling panicked, I can calmly articulate to my wife, ‘I’m having a moment. Would you please step out of the doorway?’ ”

Instead of making his wife the subject of his anxiety — “You are making me anxious. Move out of the doorway.”

Did you see the difference? In places the focus of his communication on his feelings. This strategy is a powerful way to let your spouse help you without him or her feeling as if they are being blamed.

Focusing on yourself, how you feel, and distinctly articulating that to your spouse, leads to powerful connectedness. This emphasis on your feelings can be implemented not only for discussions about past traumas but also in all types of conversations with your spouse, including conflict.

Set your sights on your marriage and personal growth, not your spouse

While it’s important to consider the needs of your spouse and aim to please him or her, sometimes it’s best to find a motivation that leads to personal growth and growth for the marriage rather than merely placating a spouse. If you’re feeling as if you have to do something to solely please your spouse, resentment or bitterness can grow.

Ian’s childhood trauma affected his ability to trust and show emotion, which hindered the emotional intimacy of his marriage. For example, when Ian’s first child was born, he waited until he was alone before crying. He was focusing on self-protection, a habit he learned early on.

He also knew his wife would want to share the moment and emotions together. By hiding his vulnerability about the love he felt when his baby was born, he realized he was not allowing himself to be fully alive, completely exposed or deeply loved by his wife.

But he didn’t want to pretend he wasn’t scared to share his emotions in this moment — that would have just been doing something for her, which can lead to resentment.

So Ian leaned into the hard way, confronting his fear and sharing his emotions with his wife. He didn’t do it to appease her; he did it because the process contributed to a healthier marriage and also helped him grow as a person. The vulnerability ultimately created deeper intimacy, something that enriched them both.

It’s time to take your leap of faith for the intimate marriage you so desire — look to God and the future, be willing to become aware of your feelings and then share them with your spouse, even if it’s difficult. Then you’ll have victory over your childhood trauma and a great marriage as well.

Dawna Hetzler is an author, speaker, and founder of Jericho Girls Ministries. Ian Humphrey is now a motivational speaker who lives in the Denver area.