Home General Sonko To Spill The Beans On Jubilee Cartels Hired In 2017 Elections... 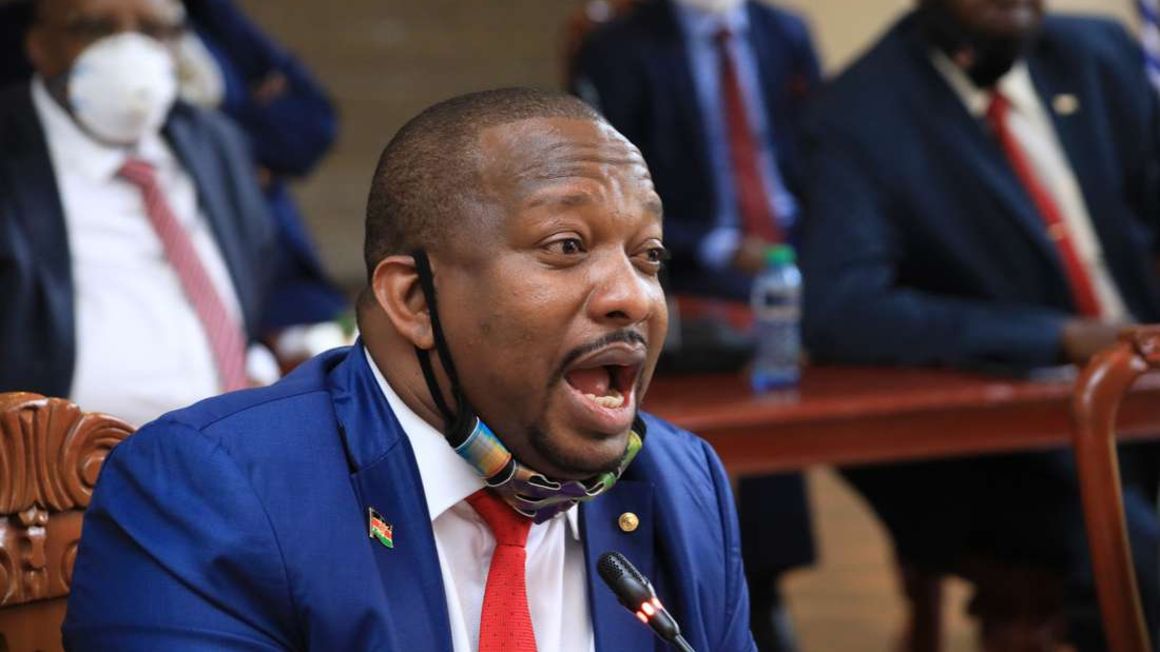 Former Nairobi Governor Mike Sonko has threatened to produce what he termed as incriminating evidence against Interior Principal Secretary Karanja Kibicho after he recorded a statement at the Directorate of Criminal Investigations (DCI).

Kibicho visited the DCI after the former Nairobi City County boss alleged that he and Kibicho had collaborated to stage-manage the destruction of vehicles during the 2017 General Elections – and blamed it on ODM Party.

The PS in a press address from his office stated that he would be pressing charges against Sonko over the allegations. He also promised to sue Sonko for past indiscretions directed at him, but which had gone unpunished.

“… I walked to DCI to record a statement against Sonko because he needs to come on the table and provide evidence on the criminality he is alleging we committed with him.

“Sonko has continued assassination of my character since he left the seat… As a private citizen, I have broken the cycle and decided enough is enough… He has made very very wild allegations against me…Sonko should give answers and say where we were in 2017 together with him.

“He better be prepared, he has admitted to committing crime… He will deal with my character assassination. I’m going for him this week,” Kibicho stated.

Sonko countered Kibicho’s sentiments by inviting the DCI to summon him to record a statement and provide evidence incriminating the PS.

The former governor urged Kibicho to move to court and sue him, stating that he was not afraid and that he was ready to back up his allegations.

“I, therefore, look forward to an invitation from the DCI to record my statement, and for the PS to move to court quickly so that I can table ALL the evidence I have for Kenyans to see and judge for themselves,” Sonko stated.

Sonko also alleged that he was ready to provide evidence exposing a plot by persons he referred to as the “Deep State” to assassinate ODM Leader Raila Odinga in 2017, along with financing several plots to frustrate the former premier.

“I am also ready to table evidence of how the deep state organized the attempted assassination of former P.M Raila Odinga in 2017, and how the same system financed the delivery of sewerage at the Jacaranda Grounds to prevent the then People’s President from holding a public rally,” Sonko alleged.

“I was the main mobilizer in Nairobi for the so-called system, so, I know what I am talking about and I have a lot to tell my fellow Kenyans and the world,” he added.

The former Nairobi governor stated that he was determined to fix this country and dismantle the so-called deep state that keeps misusing leaders to mobilize the youth for them.

Sonko made the allegations against Kibicho on January 24, while addressing a rally in Dagoretti South.