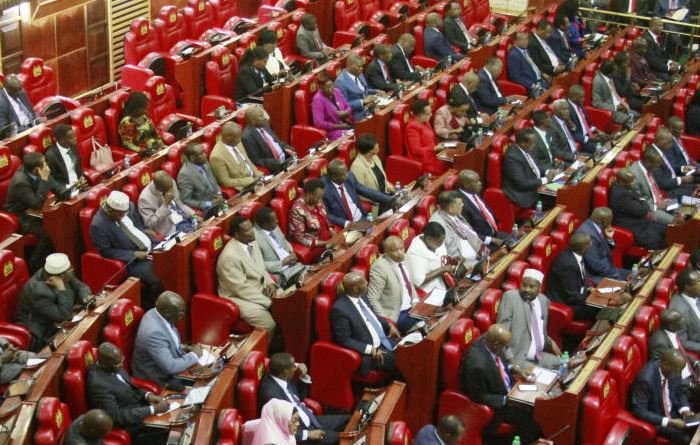 A report by The Standard on Monday, June 29, indicates that six MPs are currently in hospital after they tested positive for Covid-19.

According to an MP who requested anonymity, one of the legislators has been under intensive care at a hospital in Nairobi. 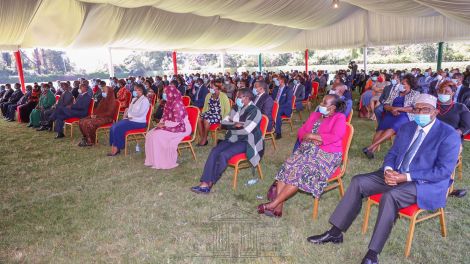 Jubilee Party legislators during a meeting at State House, Nairobi on June 6, 2020

He is said to have reportedly infected a colleague who had visited him in hospital.

Two of the other infected lawmakers include one from the Coast and a Western Counterpart who is serving his first term.

“I know at least six MPs have so far turned positive and are in hospitals, one is in ICU,” the insider revealed.

Members of Parliament who interacted with the sick MPs are said to be in a panic as they await their results.

However, National Assembly Clerk Michael Sialai stated that since medical records are private, he would only be made aware of the situation if the MPs disclosed their status.

The latest reports of infections in the Kenyan political class adds emphasis to CS Kagwe’s warning that Covid-19 could infect anyone.

However, politicians have been caught flouting containment rules on several occasions, raising concerns from members of the public.

Many meetings have been organized by leaders like COTU Secretary General Francis Atwoli who hosted 30 politicians at his home despite a ban on public gatherings with more than 15 attendees.

The Health CS was also caught breaking his own regulations during a visit to Nyeri County on June 14.

He had traveled to inspect the Covid-19 preparedness of the county and gave an address at the Othaya National Teaching and Referral Hospital.

During the press conference, CS Kagwe was flanked by many local leaders who wanted a chance to be captured next to him. In the process, they failed to observe social distancing.

President Kenyatta was also flanked by a multitude of MPs who had attended a Jubilee Parliamentary Group Meeting at KICC on Jun 22, 2020. 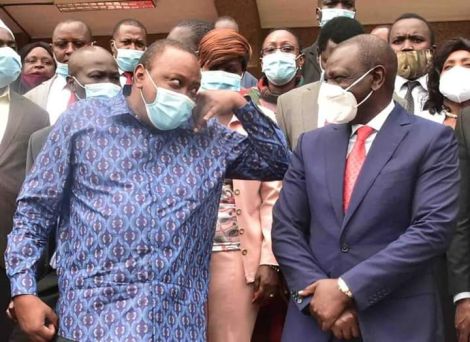