Home General Senator To Nairobi Hospital After He Collapsed 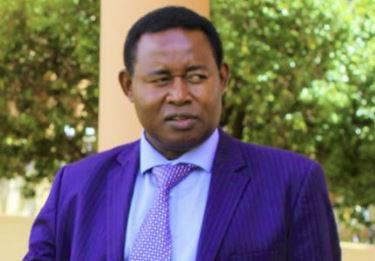 Machakos Senator Boniface Mutinda Kabaka was on Friday admitted at the Nairobi Hospital after collapsing at a woman friend’s house in Kilimani, Nairobi, according to a police report.

However, Kabaka’s family has dismissed the report, terming it “fake and malicious rumors”

In a statement on Saturday, the family spokesperson said, “We urge you to ignore the fake and malicious rumors being spread by some petty, callous and heartless political enemies to malign the good name of the Senator while he is helpless and fighting for dear life.”

According to the incident report at Kilimani police station, the senator had checked into the apartment accompanied by the woman on Thursday afternoon.

The senator suddenly started complaining of severe headaches while in the apartment and asked the woman to look for paracetamols.

However, the pain worsened and she informed the management who called an ambulance and rushed the legislator to Nairobi Hospital where he was admitted in the ICU.

However, the family says while having a drink in a restaurant in the Kilimani area, Mutinda requested the management to call for an ambulance to rush him to Nairobi Hospital after feeling unwell.

“Senator Kabaka was admitted to Nairobi Hospital where doctors suspected a case of blood clot affecting his nervous system,” the family said.

Team Editorial - January 25, 2021 0
Bongo star Diamond Platinumz is on the spot after his sister and brother exposed his bedroom sleeping arrangements as his baby mama Tanasha Donna...