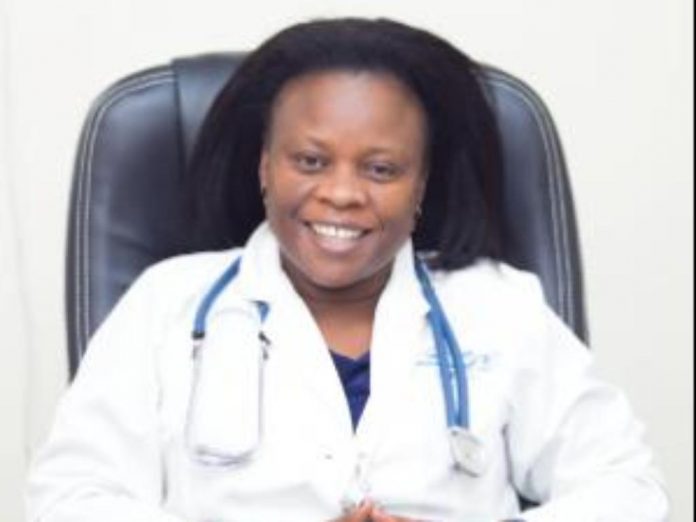 These three doctors were among the few women in the high net worth individuals (HNWI) list with annual incomes of between Sh350 million and Sh1 billion.

They were listed alongside their male counterparts, some who have been in the profession for years such as Elly Ogutu, a gastroenterologist, Timothy Byakika, an orthopedic surgeon, Daniel Gikonyo, a cardiologist, Prof Lawrence Gakuu, an ophthalmologist and Prof Stanley Ominde, a plastic surgeon.

Women are scarce in the exclusive club of wealthy Kenyans and to find those that are powerful and rich, people tend to assume that they either married into a rich family or came from it.

Dr Nyongesa, an oncology specialist says her journey started from grass and now she is rising to glory.

The first day her father took her to secondary school, she told him she wanted to be a doctor. Years later, the old man sold his ancestral land for his first-born daughter to attend medical school.

When she got her first job in 1996, all her nine siblings, including her young family, were banking on her meagre Sh12,000 salary to survive.

“I realised that I needed to work extra hard to support them [siblings]. My parents were poor having sold the land,’’ she says, adding that she joined chamas (investment groups) to make ends meet.

She thought of doing paediatrics after internship, but scholarships were hard to come by. A former lecturer advised her to try her luck at the Kenyatta National Hospital Cancer Centre. At that time, there were even fewer oncologists in Kenya.

“There were actually two men then and no woman at the department,” Dr Nyongesa recalls.

“I worked at the unit for five years as a junior medical officer hoping to get a scholarship some day. Lady Luck struck and I got an International Atomic Energy Agency scholarship to study in South Africa for a Master’s degree in oncology.”

Here she is now, earning Sh870,000 a month and reaping the gains of her toil.

Globally, most of the new rich women billionaires are entrepreneurs.

Dr Nyongesa is the owner of Texas Cancer Centre which she opened in 2010 in response to a gap in East Africa where patients were unable to access prompt treatment.

It has grown to four centres in Nairobi and Eldoret.

“My heart was in great pain to see cancer patients waiting for up to two years to access treatment especially radiotherapy. The breaking point was when a patient brought me her booking card and asked me, ‘Doctor, I cannot wait this long in pain and suffering, please help’, she says.

She convinced her husband to support her set up a cancer centre.

For doctors, being rich is not all wine and roses. It takes sacrifice and running hospitals while juggling motherhood, consultancy work and marriage especially long distance is not for the faint-hearted.

This is in addition to checking in on the patients coming in for treatment at her cancer centres.

The little time left from her busy schedule, she goes on holiday especially to the US to visit her husband or Zanzibar, her favourite destination.

She credits her mother for pushing her to higher academic standards.

“Mum dropped out of school in Class Five due to teenage pregnancy. She told me to work hard and not remain uneducated as she was,” Dr Nyongesa says.

“I saw the pain she went through, sometimes hiding in the bush when my friends visited because she had tattered clothes. I vowed to work hard and take care of her and ensure my children don’t get ashamed of their mother.”

Her daughter is following in her footsteps and is at Pomona College in USA, studying medicine.

Dr Nyongesa’s first car was a Toyota Starlet. She later bought a Mazda 323, followed by a Toyota Corolla.

“I then saved up and bought a used Toyota RAV4. After years of working, I upgraded to a Toyota Prado,” she says.

Anaesthetists are also high earners in the healthcare field. Cardiologists, orthopaedic surgeons, paediatricians and plastic surgeons are the most lucrative careers, according to top taxpayers’ list.

Although the profession is not very well known, Dr Gathuya, a child anaesthetist made it the list of HNWI alongside top hotels and lodges in Kenya such as Tribe Hotel, Sankara, Ol Pejeta Ranch and Ashnil, that accommodate global celebrities.

Dr Gathuya describes herself as simple, God-fearing woman who is highly passionate and committed to excellence.

She has always dreamt of becoming what she is today— a policy formulator for anaesthesia and surgery in low and middle-income countries.

“I have always wanted to achieve a greater coverage of safe anaesthesia and surgery,” says the simple dressed and gracefully aging Dr Gathuya.

Her first job was as a medical intern officer at Chogoria Mission Hospital in Meru where she earned Sh11,430 compared to the Sh206,989 that entry-level doctors are set to get following a salary deal signed two weeks ago.

“Now I earn enough to meet my day-to-day needs and make some savings for a rainy day,” she says.

She joined KNH as a medical officer after a leaving Chogoria and it was while working at the Intensive Care Unit that she got intrigued by critical care, which largely involves anaesthesia.

“The critical care units are managed by anaesthesiologists, and it is then that I decided I was going to specialise in paediatric anaesthesia,” she says.

Depending on how complex a surgery is, she is required in the theatre for over eight hours, sometimes only for 30 minutes.

When she is not attending to patients, the mother-of-four volunteers on surgical missions both in the country and overseas especially with groups that deal with congenital malformations.

This has taken her to countries such as Peru, Ethiopia, Bangladesh, US, South Africa among others.

“I have volunteered at St. John Ambulance for over 20 years now and risen through the ranks there to become the principal surgeon. This work has earned me an award from the queen and the Kenyan government,’’ she says.

Besides being a director at Suntra Investment Bank, a stock brokerage firm, she is also keen on farming.

She first drove a Subaru Legacy and now owns a Mercedes Benz which was a gift from her husband.

She says she wants to create more impact in the boardroom.