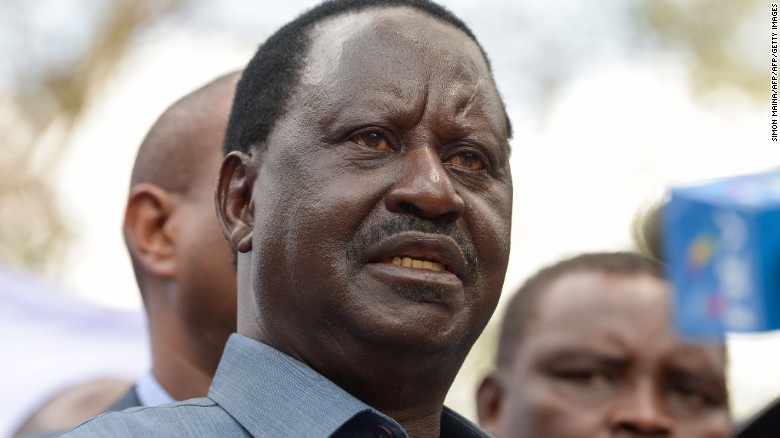 ODM leader Raila Odinga faced a hostile crowd when he made a stop at the Burma market on Wednesday, with a section of traders carrying a ‘wheelbarrow’ – a symbol synonymous with Deputy President William Ruto.

The traders proceeded to shout ‘Ruto’ from afar as Raila addressed the crowd.

On Twitter, Raila said he made a stop at the market ‘to say hello to the people’.

Earlier, Raila met youths to drum up support for BBI.

Taking to Twitter, he said, “I had a dynamic and insightful engagement with youth hailing from Nairobi county who pledged their full and unwavering support for the BBI process. The referendum train continues to garner speed unabated. It’s now all systems go!”

Raila has kicked off aggressive countrywide public engagements in what appears to be a tactical move to counter Ruto’s wave ahead of the 2022 election.

Raila’s tours that started a month ago came almost one month after DP Ruto scaled down his public engagements due to what he termed a surge in Covid-19 infections.

For instance, in a span of four weeks, the former Prime Minister visited seven counties, holding strategic meetings with local leadership as he drums up support for the Building Bridges Initiative. The engagements are also laced with 2022 politics.