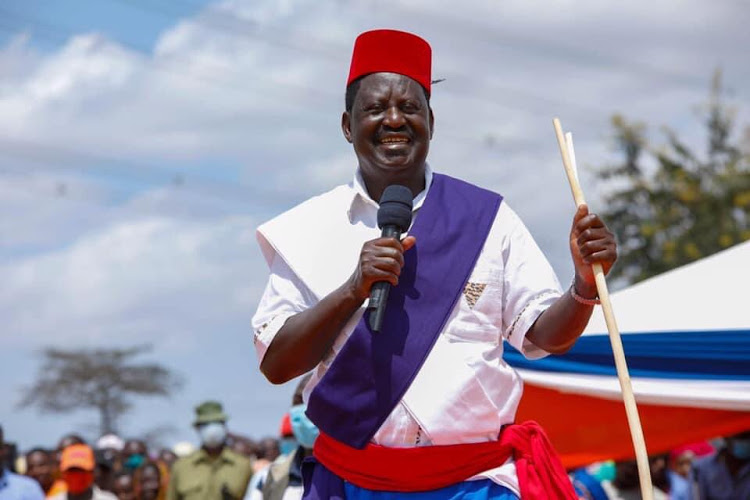 ODM leader Raila Odinga was on Tuesday, March 9, admitted at the Nairobi Hospital after complaining of body ache and fatigue.

The former Prime Minister’s aides confirmed that indeed he was rushed to the facility, and did not meet President Uhuru Kenyatta at State House as planned.

“He says he feels okay, but the doctors cautioned that some of the symptoms need to be monitored,” Raila’s Director of Communication Dennis Onyango, told Nation, adding that it was a routine check-up.

His allies declined to divulge much but said that the feeling of exhaustion was due to the numerous campaign trails he had undertaken in the past months. The rallies were meant to popularise the Building Bridges Initiative (BBI). 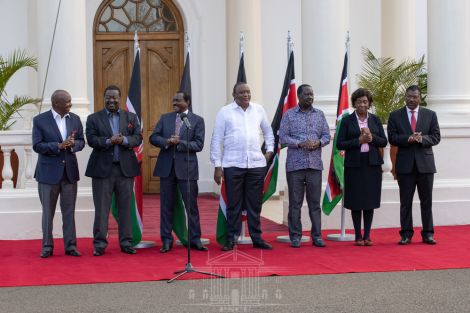 President Uhuru Kenyatta (in white) with other political leaders during an address at State House on Thursday, February 25, 2021.

In June 2020, Raila was flown to Dubai where he underwent minor surgery at the Saudi German Hospital.

Even as Raila missed a meeting with Uhuru over the reported illness, his allies disclosed that the meeting was also derailed owing to a number of complications.

“The leadership is clear that Raila should not attend those meetings where political lightweights are elevated to his level in the name of party leaders, yet he is a Handshake co-principal,” an MP who sought anonymity told the Standard.

Uhuru had reportedly called for the meeting to quell the storm and rivalry between Raila and the other players after the ODM leader’s team accused senior government officials of plotting to betray him.

On the very same day, Siaya Senator James Orengo, a key ally of Raila, refuted reports that the handshake was dead, and explained that the said meeting was not all about problem-solving, but to plan on how to market the BBI ahead of the referendum.

“The Handshake is still strong, but the only matter we have is that some civil servants (Interior PS Karanja Kibicho) who are supposed to work under the leadership of politicians are jeopardizing our efforts by focusing on 2022 elections,” Orengo said at a press conference.

Suna MP Junet Mohamed added that the meeting between Uhuru and Raila had been planned before and that ODM would not lose focus on achieving its BBI goals. 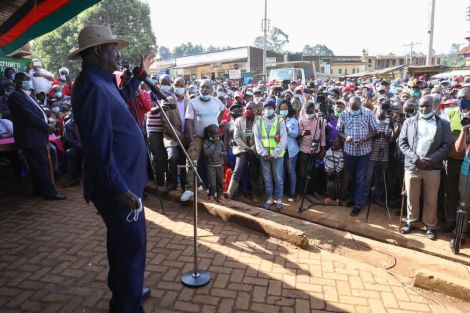