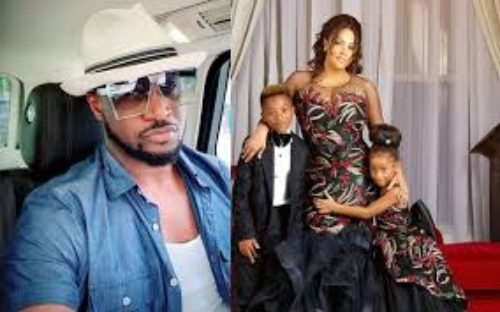 About three weeks ago, singer Peter Okoye formerly of the P-Square singing do and his family tested positive for COVID-19 and were separated and put under mandatory house arrest.

However, it was until only recently that the award-winning singer opened up on his health status and that of his family.

Speaking in an IGTV video, Peter revealed that he was the first to test positive in his household and had to be secluded.

“You guys know for the last three weeks I have been sick, I have been ill and most of you didn’t even know what was wrong with me. I kept it to myself. It has been three weeks of hell for me and my family.

Peter went on to explain that after a week, his 7-year-old daughter tested positive for the virus as well and just like him, was put in isolation but his wife Lola Omotayo-Okoye insisted on staying with her to nurse her to health, only to contract the virus too.

“After a week, my daughter caught it and the doctor insisted that she had to be isolated in her room but my wife did something very courageous.  She said ‘no’.

“I was so sick and isolated in my guest room, I couldn’t even see my sick daughter. I was feeling so bad because I felt I was the one that brought this virus to the house.  My wife picked our daughter and took her to the master bedroom where she called me and told me she couldn’t leave our child alone, she would rather contract the virus.

“My wife caught the virus and two of our domestic staff. It’s been three weeks of hell in this house,” he said.

The Nigerian superstar announced that his family has recovered from the virus and is now in perfect health.

“I’m happy to announce that my wife, myself our daughter, and two of our domestic staff, all of us are now negative. Many people suspected something was up because of my background and that I was losing a lot of weight so, yeah.”

He went explained that the aim of sharing his story was to encourage individuals to stay safe.

“Be safe out there, COVID-19, coronavirus is real. God Bless you.”