Home General Over-Powering Your Mental Illness Like a Superhero 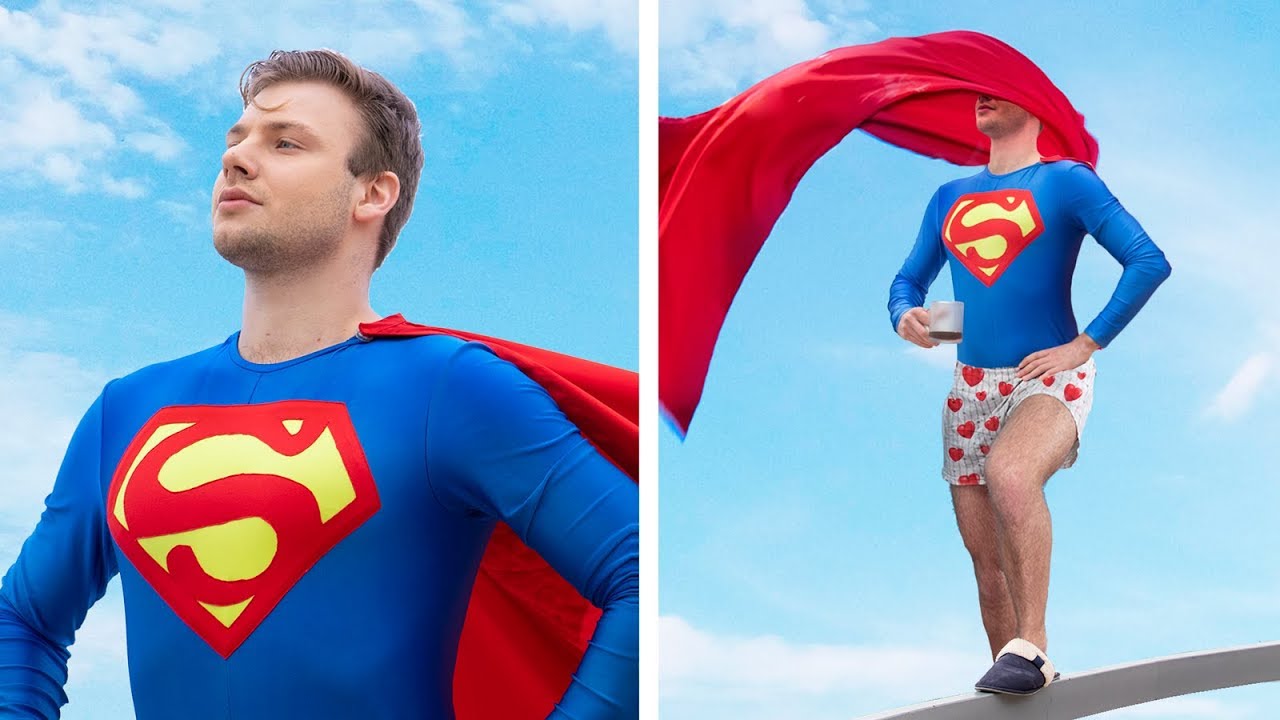 Let me, as my dad would have said, but all my cards on the table. Yes, I am a 54-year-old comic book nerd, and I’m proud of it. I’m autistic, diagnosed with Asperger’s at age 47 and, along with most of my autistic brother and sisters, have one or more forms of mental illness to go along with autism.

I tell you this so that you realize I’m not someone who reads about and studies mental illness, but rather I’m someone who has lived it for 19,822 days. I have a pretty good idea what I’m talking about and I’m here to drop some of that life experience on you.

From childhood pretty much all of us have loved superheroes. Most of us grow out of it, but some, like me, continue to be big kids and have the boxes of comic books to prove it. According to my app that scans barcodes and tracks my “inventory”, I have 2,152 books in my extra bedroom. Yes, I know that means I need to get a life. Quickly.

If you think of it, almost every superhero story is the same. Someone overcomes something in their life and that makes them who they are. We can relate because we all go through challenges every day and we choose whether we want to muster the strength to overcome those challenges.

The one big exception to the general superhero back story is Batman. He’s just a rich guy with some serious rage issues. But we can psychoanalyze his whole deal another time.

The actual first comic book “superhero” with a mental illness came in 1989 in the form of the Doom Patrol’s Crazy Jane, a young woman with sixty-four separate personalities, each with a separate power. But she never tried to overcome that and so we’re not looking at her as the first superhero with a mental illness.

That came in 2014 when DC created its newest Green Lantern, Jessica Cruz. If you know anything about the Green Lantern Corps (or even if you don’t) they harness willpower and overcome fear to defeat their foes. They are considered the bravest and strongest-willed in the universe and are not to be messed with.

But Jessica Cruz has an amazing backstory for someone who is supposed to be without fear.

While on a hunting trip in the woods with friends, they came across some bad guys burying a body in the forest. Somehow, they were spotted, and Jessica watched her two friends get executed in front of her. She ran, got away from them, and hid in her apartment for four years.

Jessica suffers from severe PTSD and anxiety, and after what she went through, no one would blame her. I could go on and on about this, but you get the gist of the story.

After four years Jessica finally ventures out of her apartment and for reasons unknown to anyone (especially her) she is gifted a Green Lantern ring. When I say, “gifted”, I don’t mean someone came up and gave it to her. The ring seeks out its bearer and it does so by finding someone without fear.

Jessica couldn’t figure out why the ring chose her as she was nothing but a huge ball of fear, but she tried and eventually became one of the strongest Lanterns out there.

I doubt myself constantly and, living alone, having no significant other in my life and working from home, I too rarely leave my house. If I didn’t occasionally go in the backyard with my laptop to write, I fear I would be as pale as Casper the Friendly Ghost.

I can relate to being afraid of leaving my house because, even at my age, I’ve been bullied by someone in my small community of 4,000 simply for being autistic, odd and quirky in a weird way and that has left me not wanting to go places for fear of running into him.

For the record, I’ll admit to being autistic and quirky, though not in a weird way. Odd? Maybe.

I’m on the highest doses of medication for anxiety and depression that the psychiatrist can prescribe, see my psychologist weekly, though now it’s via computer, and there are many days where it’s still not enough. Add in the COVID lockdown and restrictions and there have been more days when it’s not enough than days when it is enough.

I’ve dealt with these mental illnesses as long as I can remember and lately, they’ve gotten significantly worse. Over the past few months I’ve gone through a devastating breakup, locked myself away from everyone, wanted to get things done around the house, and wanted to get more work done, but just haven’t had the willpower to do it. I also came down with COVID and even though I’ve had two negative tests since then, there are some in my life who want nothing to do with me anymore because even though my symptoms are long gone and I’m COVID free, they think they can still catch it from me.

That doesn’t help my self-esteem.

As you can imagine a comic book nerds home office to look like, mine is covered with framed comic books on the wall and lots (as in too many) little action figures of everything from Tyrion Lannister to Groot, Dr. Strange, Spider Gwen, Number 5 and Klaus from Umbrella Academy and Jessica Cruz, sitting right in front of my computer monitor.

After sitting here for more than three months watching my depression and anxiety spiral downward at a rapid pace, I looked up from the computer the other day, glanced at Jessica, and said, “Screw it. If she can overcome her stuff, I can overcome mine.”

Yes, I’m alone so much that I’ve gone from carrying on conversations with my autism service dog to talking with my toys. Sad, huh?

I decided that I must overcome this fear I have of leaving the house. Also the fear of being a failure. And the fear (and the knowledge) that as my autism symptoms worsen that I can’t do many of the things I once could. Plus the fear that I’ll never be good enough.

Lately, I’ve only left the house to go to the comic book store on Wednesday (a necessity to keep up my sanity), Walmart for grocery pickup, and Walgreens drive-thru for my medicine. I can’t remember the last time I had an actual conversation that wasn’t with a doctor or with the other geeks that I play online Dungeons and Dragons with.

I’m trying to find something to do every day to get me out of the house and to interact with someone, even if it’s only briefly. It sounds easy enough, but it’s tough. Tougher than you might think.

Mental illness is no joke and I’m happy that the comics are recognizing that and have introduced a hero who is open about her mental illness and her struggles with it. As odd as it seems, it sort of gives us a role model to look up to. Someone who has overcome great fear and who can show us how we can do the same.

So how will you overcome your mental illness? Will you sit in your apartment for four years or will you finally do something about it and break the cycle of fear? We want to hear your stories of triumph and success. Share them in the comments below or write a piece of your own and submit it.