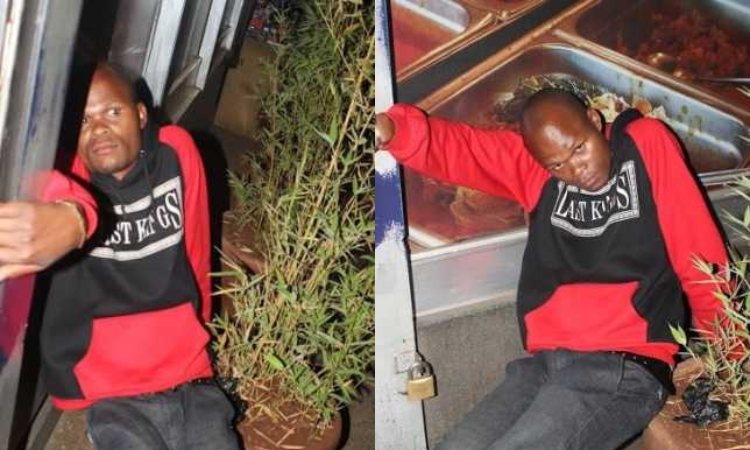 Speaking on The Trend on Friday, Sandra, who was also the late star’s BFF, said,

‘OTHUOL USED TO DRINK A LOT. HE HAD BEEN DIAGNOSED WITH LIVER CIRRHOSIS FOUR YEARS AGO, DIAGNOSED WITH PULMONARY TUBERCULOSIS IN FEBRUARY 2019, GIVEN MEDICATION BUT COULDN’T STICK TO THE DOSE.’

He stopped taking medication after some time and a few months before he died,

‘IT SEEMS HE HAD GIVEN UP AND NEVER CARED ABOUT HIS LIFE,’ SHE SAID.

Advising fellow artistes on the kind of lifestyles they choose, she said,

The comedian’s fundraising is ongoing ahead of his burial on Saturday 24 in Alego, Siaya county. The budget is Ksh1 million.
Sandra, who’s one of Othuol’s funeral organizing committee members, said the cash would not only be used for funeral expenses but also be given to his family.

‘HE HAD PEOPLE THAT DEPENDED ON HIM AND THEY COULDN’T LEAVE THEM JUST LIKE THAT.’