Home General No Isolation or Fumigation After OCPD Collapsed And Died In A Police... 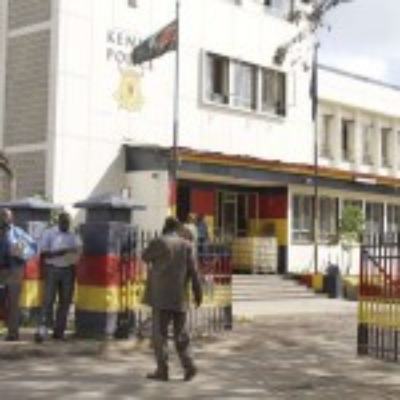 Operations at Bondo Police Station went on uninterrupted even after a senior officer reportedly died of Covid-19 on Monday.

On Thursday, the body of former Bondo Sub-County Police Commander Anthony Wafula was removed from sub-county hospital mortuary for immediate burial at his ancestral home in Kakamega County.On Wednesday evening, a senior medical officer at the Bondo sub-county hospital confided to The Standard that the results for the samples which were taken from the body of the police boss tested positive for coronavirus. The body was to be removed at around 6 am but was delayed up to around 8:30 am after drama ensued at the morgue, leading to the arrest of a ‘Nation’ journalist Dickens Wasonga, who allegedly recorded the chaos.

Members of the public questioned the ongoing operations at the police station, court, and even roadblocks following the incident.“As the police boss, he held regular meetings and briefing sessions with his officers who in turn interact with the public. The station should be temporarily closed and all the officers tested,” said Peter Otieno, a resident of Bondo town. A senior civil servant who spoke to The Standard said that the officers were violating the government regulations in the fight against the pandemic. “The officers were in courts, streets and at roadblocks instead of isolating themselves,” he said. On Tuesday morning, a team from the county’s department of health fumigated the police station after the County Police Commander Francis Kooli reported that his officer died as a result of the difficulty in breathing and fever. The deceased, who is said to have returned his children to Nairobi immediately after the partial lockdown was lifted, reported to the hospital at around 11 pm before he succumbed two hours later.

Samples were later picked from his body and taken to the KEMRI lab in Kisumu for testing to ascertain the cause of his death. But Wafula’s wife, Dorice Godhana, who appeared to disagree with the result said her husband was diabetic and had only complained of chest pain. She added, “If indeed my husband had a difficulty in breathing, he should have been put in oxygen since this was now an emergency.”She further questioned why those whom he (the officer) came into contact with have not been tested.

Stern Warning To Bahati After Ditching Gospel For Circular, ‘God Is Not Mocked’

Team Editorial - August 5, 2020 0
ODM leader Raila Odinga could use the nickname “Baba” or “Tinga” in the 2022 presidential ballot papers if he will vie for the top...

Stern Warning To Bahati After Ditching Gospel For Circular, ‘God Is...