Home General My Husband Dumped Me With 2 Month Old Pregnancy, Had To rely... 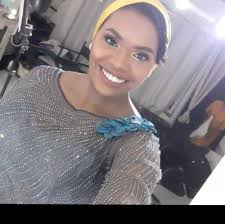 Comedienne Zainab Zeddy makes you laugh with her brand of standup comedy but behind that huge smile and sparkly eyes is a tearjerking story of resilience and strength.

Speaking about her life for the first time, ever, Zeddy revealed that her husband, up and left her when she was two months pregnant with her child.

“LAST YEAR, I GOT BACK TOGETHER WITH MY HUSBAND AND WE STAYED TOGETHER PEACEFULLY. I GOT PREGNANT AND AFTER 2 MONTHS HE LEFT AGAIN. WE HAD NOT DISAGREED AND NOTHING WAS WRONG, HE JUST LEFT TO GO STAY WITH ANOTHER WOMAN.”

It was at the same time when her career as a stand-up comedian was picking up. However, she revealed that the director of the TV show she was working at denied her the opportunity to shine on-air.

“I WAS GOING FOR REHEARSALS. I WENT TO LIKE 5 SHOWS BUT EVERY SINGLE TIME VICTOR BER WOULD TELL ME THE PERFORMANCE LIST WAS ALREADY FULL. AT THE TIME I WAS 6 MONTHS PREGNANT, MY HUSBAND HAD LEFT, I WAS BEING DENIED A CHANCE TO PERFORM AT WORK, I HAVE TWO MORE CHILDREN IN SCHOOL, I HAVE RENT AND MANY OTHER BILLS TO PAY. I HAD NOTHING,” ZEDDY SAYS.

 She added that her side businesses were doing well thus supplementing her income. But fate had other ideas…

“I HAD A 14-SEATER MATATU AND THOUGHT IT WOULD HELP ME GET SOME INCOME. IT WAS RENTED TO TAKE PEOPLE TO MATUU AND HAD AN ACCIDENT THERE. IT WAS THEN WRITTEN OFF. I ALSO HAD A SMALL RESTAURANT IN UMOJA 3. I WAS NOT THERE TO SUPERVISE THE WORKERS AND BUSINESS STARTED DETERIORATING AFTER THREE YEARS OF DOING WELL.”

The financial downfall saw her sink into debt. Zeddy narrated how her dramatic situation deteriorated.

“I HAD TO TALK TO THE CARETAKER SO I WOULD NOT BE EVICTED. I HAD STAYED THERE FOR 8 YEARS BUT I COULD NOT RAISE THE RENT FOR THE LAST FEW MONTHS. HE GAVE ME THREE MONTHS TO PREPARE MYSELF AND VACATE THE HOUSE. THE HOTEL WAS DOING SO BADLY THAT I INSTRUCTED MY BROTHER TO CLOSE IT,” SHE SAID.

She managed to get herself out of the financial rut and now helps other comedians who are depressed and undergoing financial difficulties.