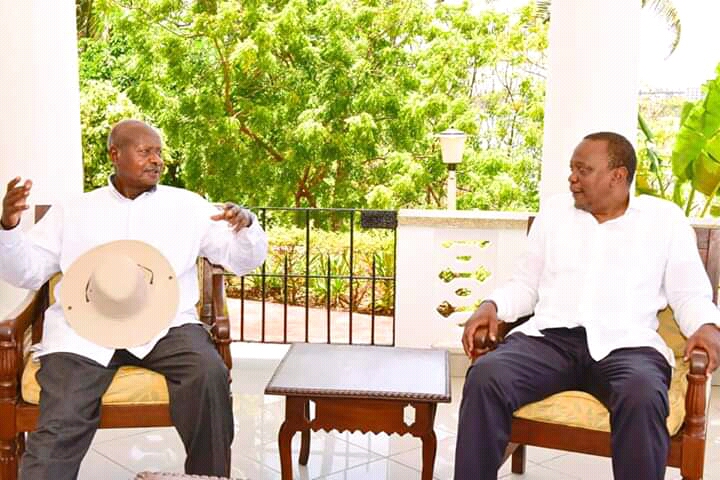 This week president Uhuru hosted his Ugandan counterpart Yoweri Museveni in Mombasa. Museveni landed at Moi International Airport were Deputy President William Ruto and Mombasa Governor Hassan Joho had gone to receive him. The two state leaders hold bilateral talks at State House, Mombasa, before conducting a joint press briefing. Museveni was on a three days tour in the country.

It was the second time the president was meeting his deputy William Ruto amid talks of impeachment from opposition this week.

Residents of Kisumu are still bitter with county leadership after it emerged that county spent more than Sh. 2.5 million to buy one cow. Residents are calling on governor Nyong’o to make a statement on the same.

The county is on the run to finish key projects it started more than 5years ago. This week Trans nzoia governor Patrick Khaemba received the last materials from the supplier. Governor Khaemba through his press affirmed residents that all projects will be completed this year. Key projects like Bus park and the referral hospital has taken more than five years.

Ugandan president Yoweri Museveni delivered a speech to Kenyatta university. He delivered his speech at Amphitheatre while students chanted slogans in solidarity with Kyadondo member of parliament Hon Bobi wine.

This week’s disturbing pictures from South Africa emerged on social media. Though the peoples’ government of South Africa is yet to make a statement on the same, people across the continent are asking the African Union (AU) to move with speed and address the issue. There has been talks that South African are killing foreigners, they say foreigners are benefiting from their sweat.

Funs of African music ‘Rhumba’ are mourning the death of the legendary rhumba Maestro Simaro Lutumba. Lutumba who passed away on Thursday night in Paris. Simaro was a member of TPO K jazz, and played music alongside Franco Makiadi, Sam Mangwana and Madilu system. His death was confirmed by Sam Mangwana and Nyboma mwandindo.

The prime minister of Israel Benjamin Netanyahu reacts as court orders Nnamdi Kanu’s arrest, he said that “no government can arrest Kanu, he is a true freedom fighter, and that is why we accommodate him in our Nation.”

Federal High Court sitting in Abuja presided over by Justice Binta Nyako, gave the order while deploring the continued absence of Kanu from court.

Justice Nyako also revoked the bail she granted Kanu in 2017, and directed that the proceedings of the trial will still continue even in the IPOB leader’s absence.