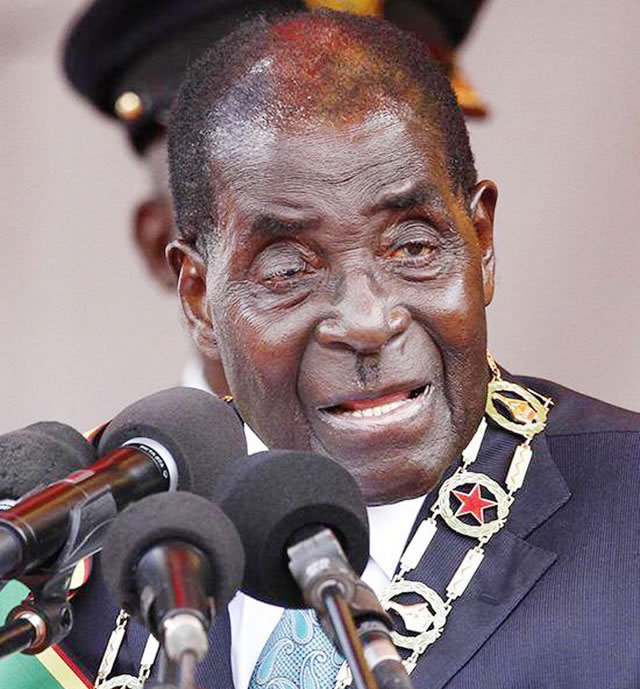 Zimbabwe’s governing Zanu-PF party has confirmed President Robert Mugabe as its candidate for the 2018 elections.

Mugabe, who is 92, has been in power since independence from Britain in 1980.

At the party’s conference, the Zanu-PF youth wing even proposed that Mugabe should be declared president for life.

However, there have been unprecedented protests this year against Zimbabwe’s economic turmoil and Mugabe’s leadership.

The Zanu-PF has also suffered serious infighting as factions battle it out to succeed Mugabe once he eventually leaves.

His supporters broke into thunderous applause and chanted “tongai, tongai baba” [rule, rule father] as the Zanu-PF annual conference in the south-eastern town of Masvingo nominated Mugabe on Saturday.

In his acceptance speech, Mugabe called for an end to party infighting.

“We agreed that conflicts should end. Infighting should end. The party ideology should be followed,” he said.

“Let us be one. We are one family, the family of Zanu-PF bound together by the fact of understanding between its members.”

Mugabe has blamed the country’s economic problems on sabotage by Western critics of his policies.

Amid violent protests earlier this year he warned there would be no Zimbabwean uprising similar to the “Arab Spring”.