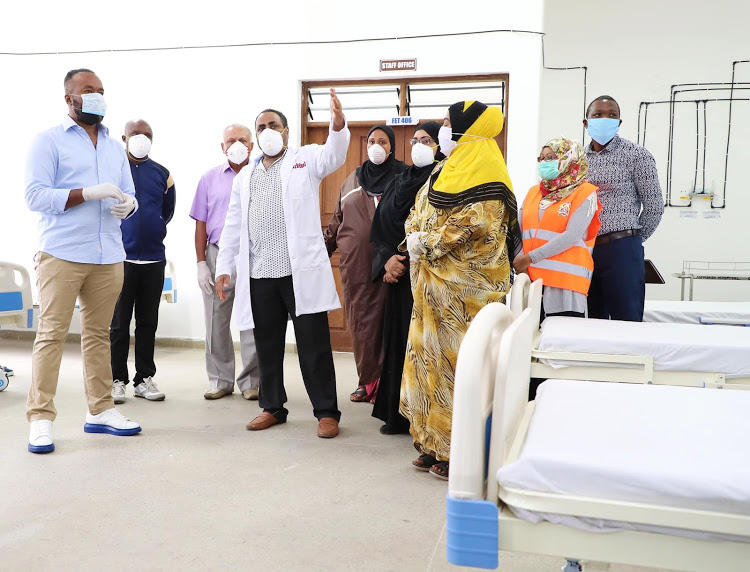 If it is not a person arrested by police officers while scampering to beat the curfew, it is about distraught people suffering from hunger, domestic and sexual violence or persons living with disabilities.

Every day, the phone of this 48-year-old philanthropist, who is disabled, rings off the hook.

Only last week, for instance, she was called to rescue a deaf and dumb young man who was arrested after 7 pm loitering in the Mombasa Central Business District and “given a dog’s beating”.

“I told the police to stop and allow us to talk. We conversed using sign language and he said that he was unaware of the curfew because he is deaf and speech impaired,” says Zaja.

A week later, another disabled person who was coughing was rushed to the Coast General Hospital after neighbours suspected he had coronavirus.

“The student of Kibarani School for the Deaf in Kilifi was staying with his aunt in Kisauni when he suddenly became sick. The neighbours said he had all the Covid-19 symptoms, but none could talk to him to understand what he was suffering from because he is deaf.”

Zaja said she was distraught when the neighbours started stigmatising the family. “Instead of getting the help he needed, people surrounded him as he coughed; then the chief called county officials and he was rushed to Coast General Hospital,” she said.

She said it was later revealed he had chest infection, and he was discharged from the hospital.

“But I had to call an interpreter who explained that he is deaf and was suffering from pneumonia. He was surprised that people started stigmatising him,” Zaja said.

As she fasted during the Holy Month of Ramadhan, she stepped up her philanthropic spirit.

But before enforcement of cessation of movement in Mombasa, Kilifi and Kwale, she would move throughout the region to rescue persons living with disabilities, who were chained in their homes.

She visits hospitals, chiefs’ offices and even the streets to rescue persons living with disabilities who fall afoul of the law for flouting the curfew rules or for being suspected to have coronavirus-like symptoms.

Because of frequent calls, Zaja has bought a landline. She also offers counselling.

“Police officers should not beat people flouting the curfew rules, some are not aware, especially those living with different disabilities. Call me,” says Ms Zaja.

The mother of two says persons living with disabilities, especially those with visual and hearing impairments, have suffered at the hands of the police due to the challenges.

She says she has always been a leader. “I was ahead girl at Port Reitz School for the Physically Challenged and Mama Ngina Girls High School. My father was a madrasa teacher, who also used to work at the Kenya Ports Authority.”

At Mama Ngina Girl’s High School, Zaja said she did not like students pitying her. Therefore, to make herself feel valuable, she would plait her fellow students.

She observed that persons with disabilities need adequate support. She is grateful for her late father, who ensured she got formal education.