Home General Covid-19 Update: Coronavirus Tally Is At 31 New Cases-Total No of Cases... 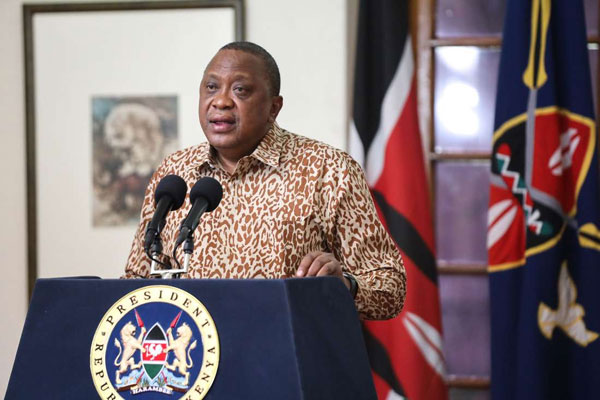 President Uhuru Kenyatta confirmed that 31 more people tested positive for Covid-19 bringing the total number of cases within the country to 1,192.

Speaking at State House, Nairobi, on Saturday, May 23, the Head of State confirmed that a total of 57,650 people had been tested so far, with the number of those who’ve succumbed to 50 people.

The President noted that the rates of infection were expected to rise and the government had taken measures to manage it. 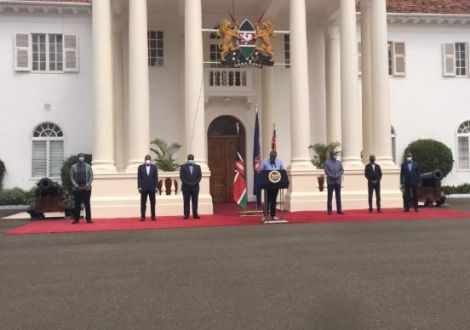 “Rate of infections may surge upwards if we fail to comply with the guidelines by the Ministry of Health,” he stated.

He further addressed the Social protection program launched by the government stating that the money is sent directly to families through M-Pesa to bypass brokers and cartels that used to dominate.

“Many Kenyans cannot feed their families or pay their rent because of the Covid-19 pandemic, that’s why the government has been dispatching a total of KSh 250 Million to vulnerable families.

“Money on a family’s hands restores dignity as it gives people the power to make economic choices and not to line up and wait for food relief.

The president further announced a raft of measures in his economic stimulus program including the government’s plan to spend KSh 10 Billion on the Kazi Mtaani initiative, to engage youth in restoring public hygiene standards in urban civil works and other public undertakings.

The Head of State further addressed parents’ concerns about the future of their children’s education.

“We know that parents and children are concerned about what the future holds, we shall communicate in the very new future after extensive discussions that are ongoing with the relevant stakeholders,” he noted.

Uhuru acknowledged that the Covid-19 pandemic had put the country in a new situation that required innovative solutions.

“The challenge has put us on a new road and we must continue to acknowledge our unknown as we find a way forward. I am comforted by the fact that Kenyans are a people who know how to give a good fight. If we stay the course we shall overcome,” he stated.