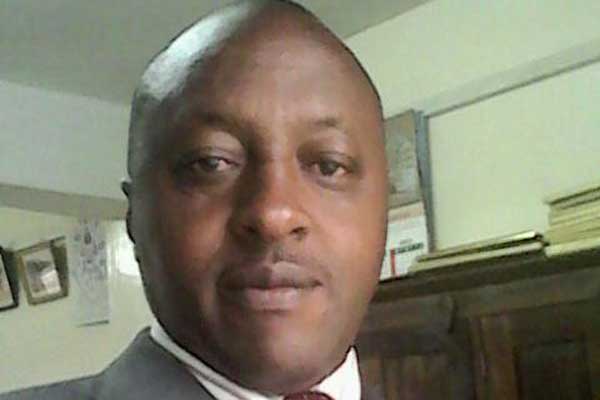 The principal of Kiru secondary school who went missing last week has been found dead.

The body of the Murang’a principal, Solomon Mwangi, was found at City Mortuary. It is said to have been retrieved from the Kiahuria Dam in Kiambu County and taken to the mortuary.

Police have arrested his wife, Jane Mbuthia, over the death.

She is also a principal at Ichachiri Girls Secondary School in Kiambu County.

Police say initial investigations show that the principal was strangled and his body dumped in the dam.

Mr Mwangi had failed to collect Kenya Certificate of Secondary Education examination papers from the Murang’a County commissioner’s office on November 7, prompting police to start looking for him. Neither did he arrive at the exam collection centre nor at the institution on the fateful day.

Education CS Fred Matiang’i, during an impromptu visit to the institution, directed the DCI to investigate the incident.

According to Murang’a County Commissioner John Elungata, the body was found in the dam on Friday evening by a watchman who works at a coffee farm in Karaguto.

The guard reported the discovery to the Juja police station and the body was transferred to City Mortuary.

“Relatives and colleagues identified him over the weekend,” said Mr Elungata.

According to the county commissioner, the principal was dropped off near a coffee farm at Witeithie centre on Sunday, November 6 at 3pm.