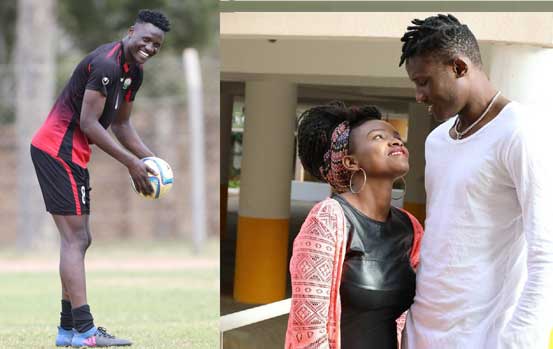 Kenyan international soccer star Michael Olunga is one of the fast-rising football talents in the world and recently scored a brace for Harambee Stars at the Africa Cup of Nations against Tanzania.

Olunga’s five star performance and Total Man of the Match award, did not overshadow Harambee Stars brilliant performance overall as Stars shined against Tanzania to come behind and win 3-2. Well, that’s not all that changed in Olunga’s life, the soccer star landed a hot babe who he recently introduced on social media after hiding her from the public eye for quite some time now. Olunga recently brought social media to a standstill after flaunting his hot babe.

Taking to Instagram the lad instigated jealousy among his peers by posting aesthetic photos of the lass who swept him off his feet. Olunga showcased his mellow side for the first time ever, on Instagram by sharing photos of his beautiful girlfriend ,followed by the caption, ’My favourite’.