Home General I Lost Everything I Had Worked For, 82yr Old Man After Half... 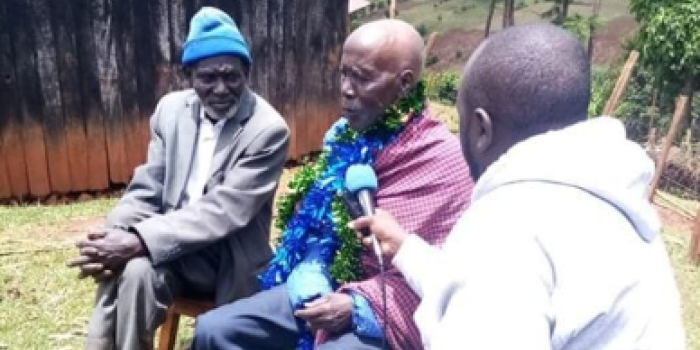 An 82-year-old man who left his home in 1975 after promising his family that he would be back soon, showed up 45 years later at Kasubwo Village in Elgeyo Marakwet County on March 6, 2020.

Joseph Chepkwony left his home in a quest to look for work but never returned until four and a half decades later. At the time of his departure, his firstborn son was seven years old. According to Citizen Digital, his wife had passed on in 2019 having lived the better part of her life mourning the loss of her husband.

What puzzled villagers most was his tales on what he had encountered during his long stay away from his family after leaving his home to sell hides and skins in the Mt Elgon area. 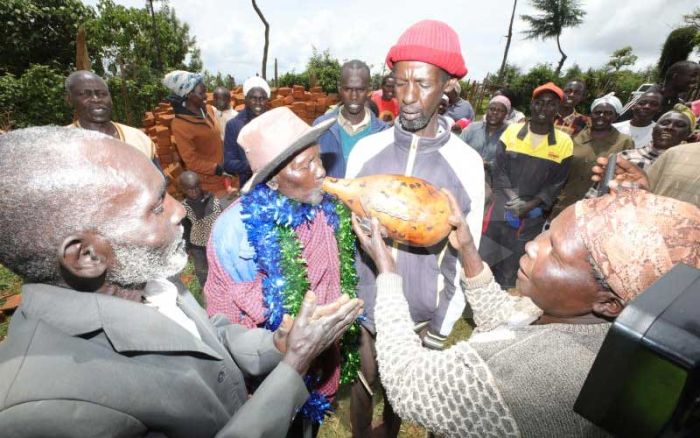 Joseph Chepkwony is received back home by family members and friends in Kasubwa village, Elgeyo Marakwet County on March 6, 2020
https://biznakenya.com/retirement-age-in-kenya/

The man had worked for three years in the area before he left for Nairobi. In 1979, he was arrested in Naivasha and accused of smuggling drugs. However, he managed to convince the judge that he was ferrying skins and not drugs as earlier indicated by the police.

“They opened my suitcase when we were arraigned in Naivasha and it was discovered that I was ferrying skins. The judge ordered for my release,” explained Chepkwony.

He went on to mine mercury, a venture that took him to Laikipia, Samburu, Nanyuki, and Maralal but was a frequent visitor to Kenya’s capital, where he was selling mercury to European buyers.

During this venture, he made a lot of money but lost everything while in Laikipia and Samburu.

“I lost everything I had acquired and lived from hand to mouth in Nanyuki. I later went to Maralal. I could not return home because I had nothing,” he says.

The 82-year-old man had been traced after Moses Lelemisi, a police officer shared his pictures on social media platforms. His brother Paul Seko, was 17 and in secondary school when he left.

“I am happy to be back home. Things have changed here. The area was forested when I left, now I see farms where there were trees,” he added.

What Brokered Nairobi County Hand Over Deal To Government Means

Chepkwony was hurt by the fact that he had wasted his youth but sounded hopeful that he had come back at the right time to take care of his grandchildren.

“I feel I wasted my youth. I am nowhere to look after my grandchildren,” he concluded.

Hii family was relieved to have received him with Naomi Cheboi, Mzee Chepkwony’s younger sister comparing in with the return of the biblical prodigal son.