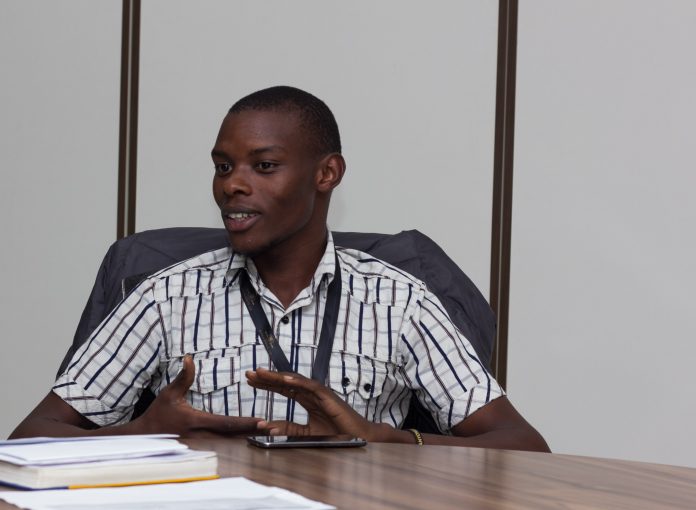 Shem Ignatius can’t stop tweeting. That has been his way of life since joining the online platform twitter in 2008. And so when he thought of starting a business he chose to help budding musicians to access markets through twitter.

“Since my girlfriend Dorin Ater and I established Kenyan Musik on August 2015, all that we did was to tweet about upcoming artists,” Mr Ignatius, told Newsday Kenya.

Kenyan Musik is an online start-up that is helping budding musicians to market their products through social media channels, an idea that the entrepreneur has borrowed heavily from similar platforms in the US.

“There are so many upcoming artists who are doing an excellent job but they never get airplay,” said Shem, 24, adding: “early this year, we met Benga music specialist Makadem who challenged us to do more than just tweet.” That’s when we registered our outfit – Kenyan Musik – and started giving a helping hand to upcoming musicians.

The response has been awesome. Already the duo has worked closely with 180 artists, a feat that saw the start-up nominated and bag cash prize through #IAmLegend campaign run by Africa Spirits Limited recently. The drive sought to spot and reward young entrepreneurs who have excelled in their projects in the society.

“I want to develop a website for budding musicians to register and sell their songs online. We’ll publish an online magazine – especially gossip stories in the entertainment scene – that usually draw a lot of traffic for us,” noted Shem who works as an accountant at Nyanza Laboratories in Kisumu.

Working with the upcoming artists has been pretty tough for the 25-year-old: “Many of them do not have money. So we all pull resources together to support one at a time. For instance, if one has a song, the rest chip in to help record and audio or a video.”

From Bongo, to hip hop, to RnB, the Kenyan Musik founder is ready to work with musicians trading in every genre of music.

Shem draws pride in every musician he has worked with. Some need a producer, others simply advice, but many of them want to access market. “I’m working with all of them,” the alumni of Kisumu Aviation College, who adores Kenya musician Phy, said.

“It’s the only platform in Kenya of its kind. Private companies will bill you heftily unlike us where you don’t even pay membership fees. You just have to be very hardworking,” adds Shem, who uses the public WiFi paid for by Kisumu County Government to transact his business.

One his new platform is up and running, Shem plans to integrate it with mobile payment systems such as M-Pesa so that customers can transact via mobile money.

With just a year since joining the music industry, Shem counsels fellow youth eyeing business: “Try and stand out. There are so many things that can work for you out there but many people fail since we try to copy each other.”

And on that vexing question of start-up capital, he notes, “work with what you have … if it’s a phone, use it. You can blog, design a website and sell stuff from your phone.”

I even told an artist the other day that you don’t need studio to record music, he said, adding: “There are Google Apps that you can make a beat and develop your music. You don’t have to keep saying I don’t have money to go to the studio … record your music on a smartphone … a silent place is all you need.”