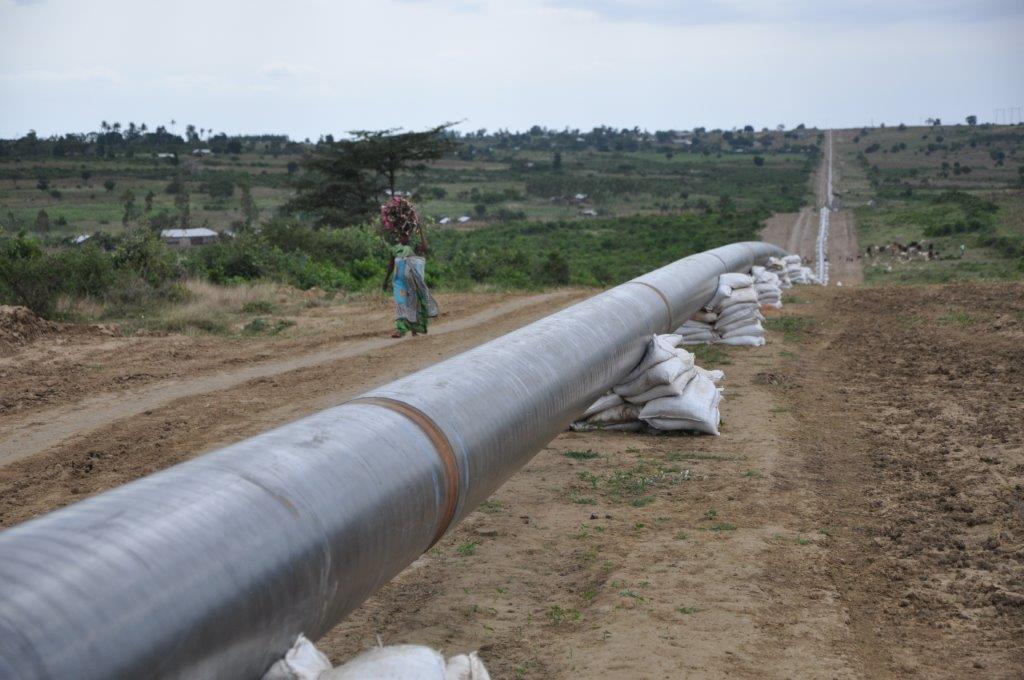 What you need to know:

A major leakage has occurred on the Mombasa-Nairobi pipeline, leading to the loss of an unknown quantity of fuel.

A video showing the leakage point shows products gushing high in the air as police struggle to disperse locals who were already on the scene with several containers to scoop the product.

Kenya Pipeline Corporation Managing Director Irungu Macharia Wednesday said the leak on the old line from Mombasa, which was first detected on Monday near Mariakani had been resolved and product flow restored.

The 16-inch pipeline known as line 1 has been prone to leakages along the area, leading to the construction of the Sh48 billion-line parallel to it as a replacement.

KPC has, however, dedicated the old line to transporting dual purpose kerosene combining Jet-A1 and paraffin.

“We noticed decreased pressure on the line and rushed to the scene where we closed the valve to create product backflow to Mombasa. The incident was not due to any intrusion and we have since rectified it and restored transport. It did not affect diesel and petrol which we transport using the new line,” Mr Macharia said.

It was still unclear how much of the product was lost from the leakage said to have started over the weekend according to locals.

The line suffered similar leakages in the area in September 2018 and in 2011 in what is blamed on the soil type as well as weaknesses on the corroded 40-year-old line. Lack of a leak detection system has been costly to KPC which has also suffered similar breaches on the new 20-inch pipeline popularly known as line 5.

The firm last year began a search for an inspection service provider for the new line after it leaked and lost unknown volumes of fuel around Makueni, barely a year into operations. Mr Macharia also recently revealed that the State agency had written to the National Treasury for budgetary approval to install a leak detection system on the multi-billion pipeline and rectify a costly oversight.

“KPC has sought budget approval in 2020/21 which is awaiting approval by the treasury. Once approval of the budget is received from the treasury, KPC will proceed with the procurement process,” Mr Macharia told Senators asking about the project progress last month.