Home General I Took All Necessary Precautions Against Covid-19, With Efforts But Still Contracted... 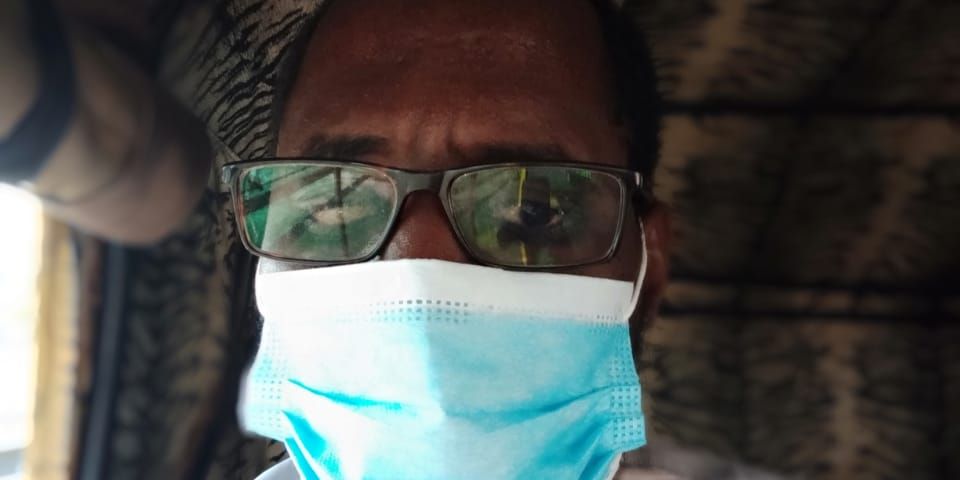 It’s three days since I was discharged from my 35-day stay in hospital for Covid-19 treatment.

Before the diagnosis, I was mentally prepared to live with the pandemic, but I had not thought I could be part of the statistics.

I had done everything I thought was sure to protect my family and I.

As a freelance journalist with contacts around the world, I had learnt a lot about Covid-19. Raffaella Scuderi from La Republica, had given me first-hand information about the devastating effects of the pandemic in Italy.

“Just accept the new norm,” she said. And I did.

She implored me to follow guidelines from the Ministry of Health and World Health Organisation.

Not that I needed much convincing, for I had done my own reading and also been updated by another friend from China. 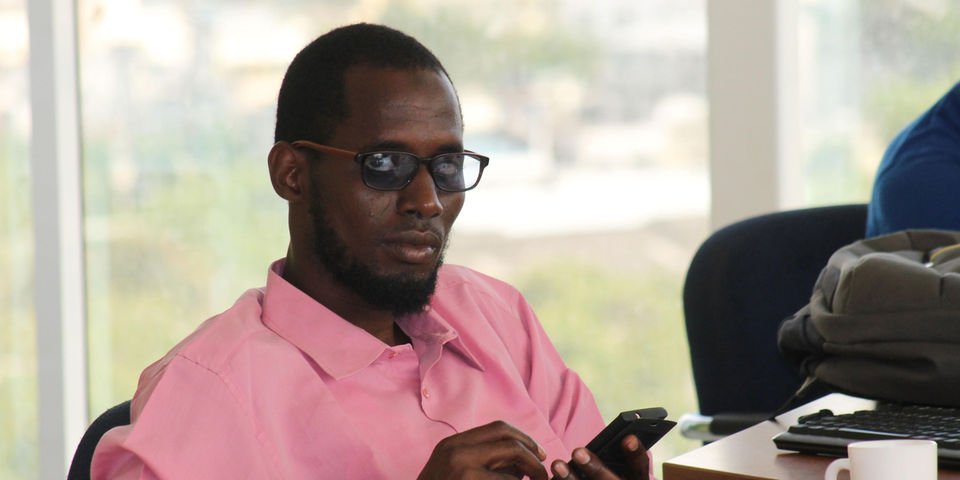 When the first case was announced, I simply thought: “It has landed” and swung into action to keep it away from me and my family.

I forbade my family members from making contact with outsiders and my children from playing with their friends. I even taught them how to wash their hands to WHO standards.

Perhaps the constant chats with my Italian friend and later with my Chinese friend made the reality of Covid-19 sink in faster for me than for other people. I started wearing face masks whenever I stepped outside. I observed the 1.5 metre social distance. I avoided hand-shaking. The latter was the most difficult, given my socialisation.

I’m a Muslim and a pastoralist who has grown up surrounded by my community.

I also resorted to working from home except on the rare occasion I had to interview someone at a different location.

My savings were running out

This was my life between mid-March and May. Some might call it paranoia but I considered it precaution because of my six children and a pregnant wife.

However, my savings were running out, so when I was called for a field assignment, I gladly took it up with a sanitiser and face-mask in hand.

I was to cover health workers who were battling the virus in Kilifi and Mombasa. After three days I returned home. I completed a similar assignment before returning to my self-imposed isolation at home.

Headaches, joint pains and later fever emerged almost a month after that assignment. I sought treatment at Aga Khan Hospital, Mombasa, where blood tests for viral and bacterial illnesses returned negative. I was sent home with a strong painkiller and another drug.

Two days later, with no reprieve, I went for a voluntary Covid-19 test at the Lancet Kenya laboratory. 72 hours later, I was called to pick my results and Dr Ahmed Kalebi told me that the virus was acute and that I should see the assigned physician.

The physician-directed an immediate admission to the Aga Khan Hospital but my insurer declined, forcing me to walk more than two kilometres to the Coast General Hospital for quarantine and treatment.

After a four-hour wait, I was admitted and this is how my longest-ever hospital stay began. I was isolated in a private ward: only doctors, nurses, psychologists, janitors, and catering staff clad in personal protective equipment came by.

I asked my wife not to tell our children that I had contracted Covid-19. I did not want them to worry or be the subject of stigma. I had lied to my kids that I travelled to Nairobi for work since I didn’t want to make them worry.

Their mother told me the night I returned home that she overheard them saying that dad had taken long and would not return soon. They were pestering their mother to check on me daily. I assured them I was fine and would be back soon.

After I tested positive and informed my wife that the public health officers would visit them to test them, she lied to the children that there was a government directive requiring everyone to test for Covid-19.

The samples were collected at a nearby health centre and taken for tests. Luckily, my wife and our four children tested negative in the first and subsequent test.

My brother-in-law had a positive Covid-19 test result, even though he was asymptomatic. He went into quarantine for 14 days, tested negative and was discharged.

My symptoms began to subside after I was put on strong painkillers and other medication. Luckily, unlike other patients in the isolation ward, I did not have breathing problems.

Weeks later, I was moved to a different ward in the maternity section where there were patients with varied conditions.

Some were in a horrible state and seeing them was unnerving, especially after the death of two.

There were men in their late 30s or early 40s. One was gasping for air while the other one kept turning his head right and left. 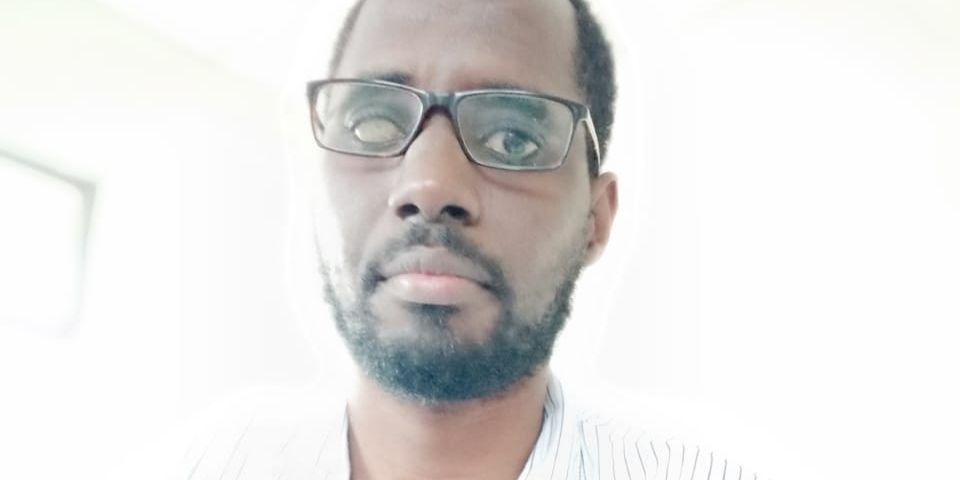 I was again moved to a ward upstairs where I stayed alone for three days. I saw one of those patients walking along the walkway to his ward and inquired the well-being of his colleagues. He told me of the death of the two patients I had seen struggling with breathing complications. I had nightmares of them fighting for their lives.

That afternoon, cries from the families of the deceased woke me up from my afternoon nap. I peeped through the window and saw an elderly woman wailing.

The medical team manning the isolation wards were friendly, professional and courteous.

I lied on my back on my hospital bed and watch outside activities- the arrival of ambulances, health team coming in and out- all reflected through the open window. 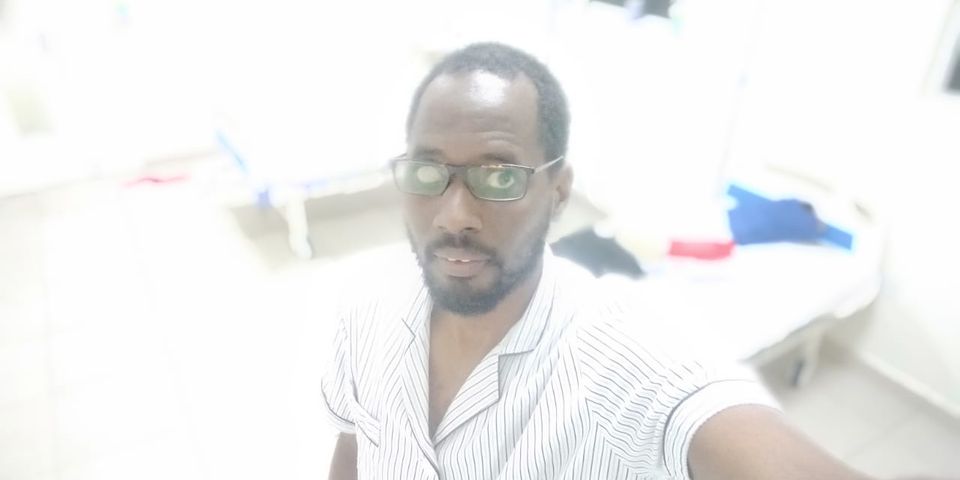 Other than reading, watching videos and chatting online, it was the most ideal way of fighting depression.

The hospital’s psychologist told me several patients suffer mental stress few days into their admission and encouraged me to remain positive. She asked me to employ different tactics to stay strong.

Every seven days, I was tested and the result turned positive four times. The virus was taking long to shed from my body but doctors advised me not to worry because recovery depends on immunity among other factors.

Free to go home at last

Discharge from hospital for home-based isolation was out of the question because we have a shared toilet and bathroom. Doctors were especially keen not to put my pregnant wife at risk. I was put on an immune-boosting supplement and told me to take lots of water as well as lemons, garlic, and black pepper. 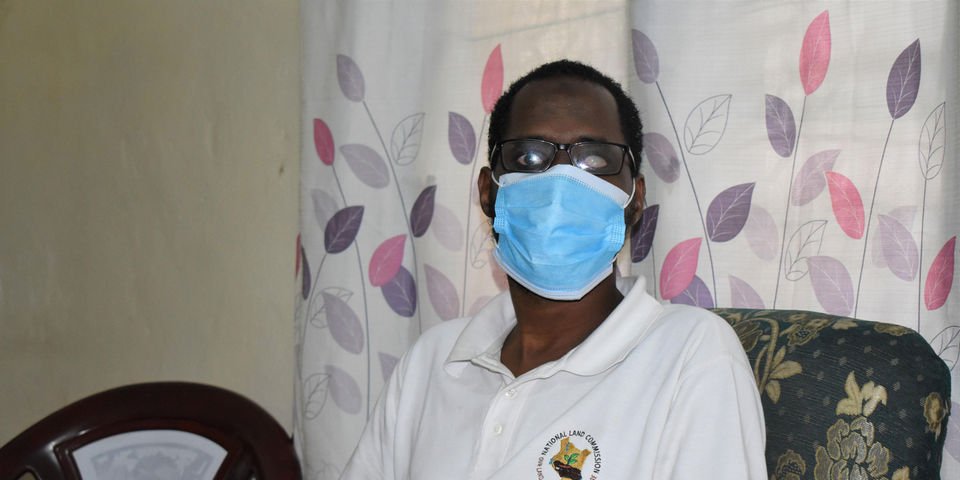 After 35 days and a fifth test, I was free to go home as I had now tested negative. I thank Coast General Hospital doctors, nurses, public health officers, nutritionists, janitors, and everyone who attended to me and other patients for risking their lives for our sake. I wish I could gift them a cake and drinks to celebrate my discharge.

The first thing I did when I reached home was to hug my family tightly.

I still fear that this virus will hit us hard, simply because we are not disciplined enough to follow simple instructions for our own benefit. Compliant citizens may end up suffering because of a few reckless ones.