How Mutula Junior ended up giving Sh. 10 million to woman he slept with 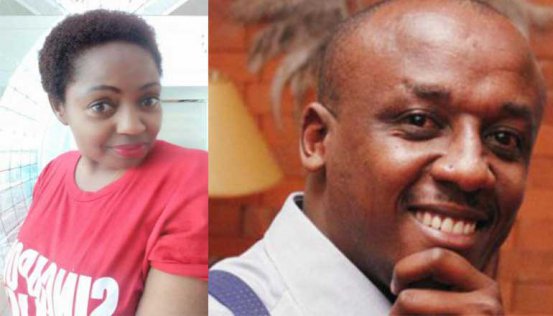 As the court battle between Makueni Senator Mutula Kilonzo Junior and Victoria Ndunge Musyoka over the paternity of a baby claimed to have been fathered by Mutula Junior continue, details have emerged that the senator may have given out cash and goods to Victoria amounting to at least Sh. 10 million.

The senator accuses Victoria of making unnecessary demands like a car barely a month after they had met and insisting that the child be introduced to his legal wife.

The car, a Toyota Premio, was bought for her at a cost Sh1.8 million according to a parental agreement dated August 31, 2014.

Besides buying Victoria land and taking a medical cover for the child, both for in-patient and outpatient, the parental agreement also states that “our client took a life assurance plan with the child as the only beneficiary for 15 years for a sum of Sh5,000,000.”

In a witness statement,  the Senator admits that he paid Sh150,000 to Victoria Ndunge Musyoka to terminate the pregnancy. The woman however allegedly carried the pregnancy to full term, but the baby she gave birth to reportedly resembled another man.

“That family members of the respondent (Victoria) have severally advised the applicant (Mutula Junior) that the child was not born prematurely, and that he was not the biological father. Further, the child’s real father resembles the child, and had been in a long-term relationship with the respondent in 2012, and was well known to members of her family. They have also provided the applicant with electronic and written evidence of their assertions,” states Mutula Junior’s in his affidavit prepared by Kilonzo & Company Advocates.

He claims he started doubting whether he was the biological father after the child was born 24 weeks after their first and last intimate encounter. Mutula Junior argues he could not have been the father of the girl since a full term pregnancy lasts 40 weeks.

Mutula Junior says that Victoria also lied that the baby was put in an incubator soon after birth.

“The plaintiff (Ndunge) then demanded for approximately Sh150,000 from the defendant (Mutula Junior) to get rid of the pregnancy. The defendant, a married man, who had no intention to enter into or maintain a relationship with the plaintiff paid to her the amount in full,” reads Mutula Junior’s witness statement.

Mutula Junior’s lawyer, who is his sister, Kethi Kilonzo, argues that, “The plaintiff states that the defendant has since 2014 failed to provide medical records of the child and to produce the child for a paternity test as he suspects that he is not the biological father of the child.”

The politician says that his name does not appear in the Notification of Birth and Birth Certificate. The child was born at the Nairobi Hospital on May 4, 2013.

He apparently learnt of the baby’s birth through a text message from Victoria. The SMS was sent on March 8, 2013 as Mutula Junior was delivering a speech at the funeral service of his late father (Mutula Kilonzo).