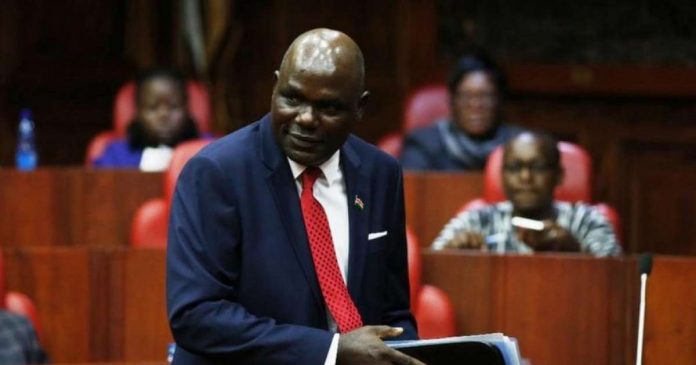 Nearly 99 per cent of the voters who participated in the repeat presidential election on October 26 were identified electronically, according to data released by the electoral commission.

The Independent Electoral and Boundaries Commission (IEBC) supplied to the Nation Media data from OT Morpho, which handled the technology side of the election, showing that 98.98 per cent of voters were identified using the Kenya Integrated Election Management System (Kiems) kits.

The actual numbers, according to the data, showed that 7,575,806 voters were identified electronically by having their fingerprints searched.

OT-Morpho’s data showed that 5,525,487 voters were identified using biometric finger identifications, 1,622,276 through the alpha-numeric search, and 428,043 using the documents search in the register.

An alpha-numeric search identification is where a voter’s passport or identity card is scanned, and when a positive finding pops up, are asked to place their finger on the kit for their biometrics to be recorded.

A document search is one where the numbers in the documents used to register are keyed in, and once found in the roll, a voter is asked to place their finger on the kits for recording of biometrics.

The release of the document comes after Nasa leader Raila Odinga, who withdrew from the poll protesting lack of reforms, claimed that the IEBC had inflated the turnout figures.

Mr Odinga on Tuesday claimed that only 3.5 million people actually voted— a figure he said was from the Kiems kits.

The data by OT-Morpho shows the biometric, document search and alpha-numeric search identifications per each of the polling stations that voted in the repeat poll.

The data was generated as at Monday October 30 at 7pm, an hour after Mr Chebukati declared President Kenyatta as the winner of the repeat elections.

“Please also note that the voters identified manually (without using the Kiems kits) or the voters non validated by the operators during the identification process are not counted as identified voters,” Mr Olivier Charlanes, the French firm’s vice-president in charge of Africa said in the letter to the IEBC dated October 30.

Commissioner Abdi Guliye had last Saturday evening explained this phenomenon, saying that the logs from the Kiems kits could not give an accurate account of the number of people who voted because of the voters identified using the complementary system.

Prof Guliye said because there was the complementary system— where voters were allowed to vote if they were in the physical voters’ register  and could not be identified biometrically— the Kiems would not have that record.

The IEBC created a new document, Form 32A, to record instances where a voter had been identified using the information in the physical voters’ register.

“This therefore means that in essence, the transmission by the kits will not be accurate in terms of absolute numbers and for that reason, we are not going to rely on transmission from the kits but instead will be using the Forms 34A and 34B arriving now,” he added.