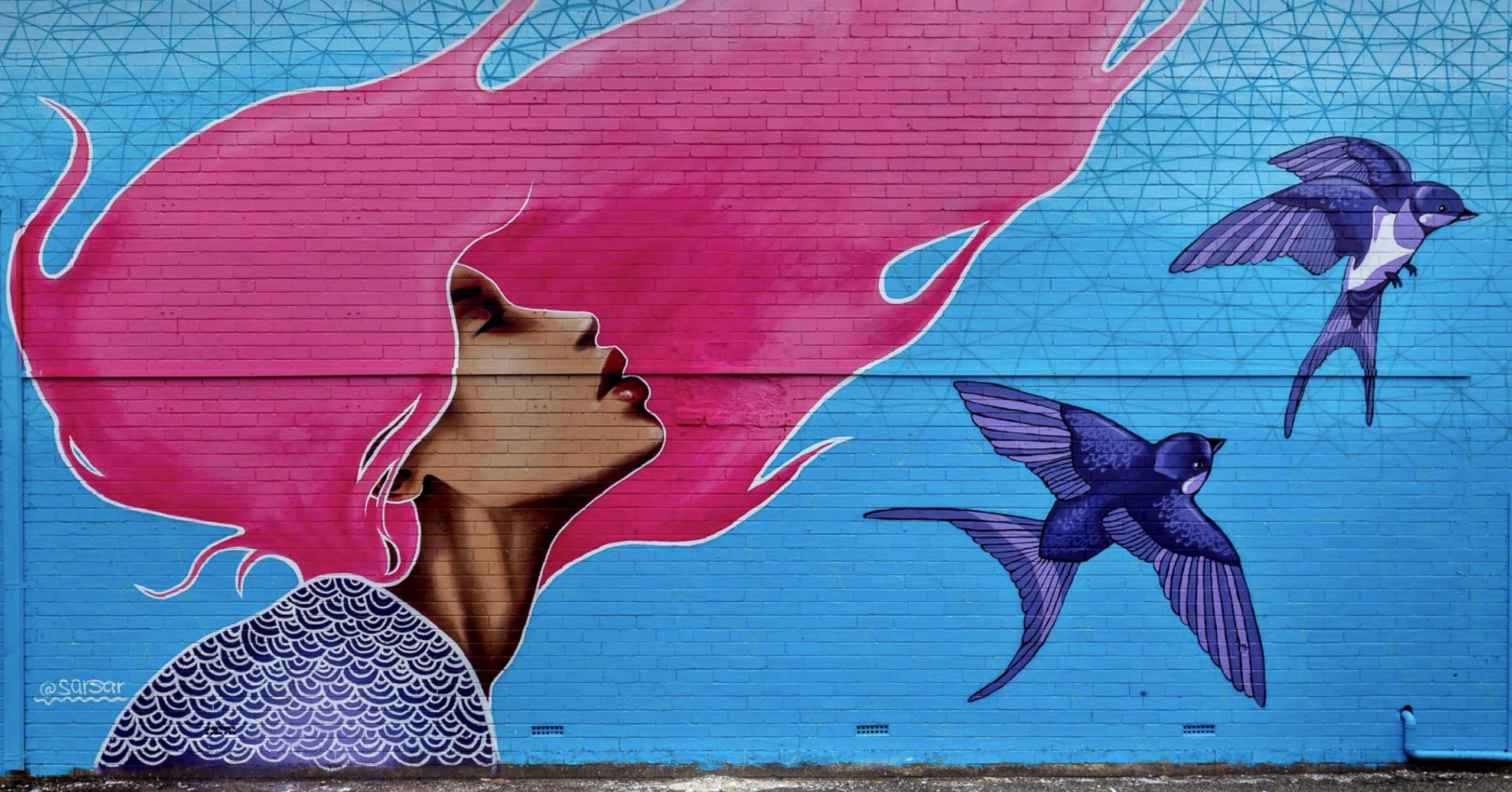 How do we get so good at weaving the stories we want to tell about our lives, instead of seeing the story for what it is?

It was New Year’s Eve Day 2019. Note to future self: New Year’s Eve is a shitty day to go to couple’s therapy. But it was our regular, weekly appointment, and we chose not to cancel. Maybe somewhere we knew canceling wouldn’t change the evening’s trajectory.

I don’t know if I’m attracted to you anymore.

Tall Texan Husband said this so matter-of-factly he could have been saying, “We need broccoli and milk from the grocery store.” I stared out the therapist’s window, my eyes fixated on the maroon REGIS sign atop the storied building on the far side of the parking lot.

I felt like I had been slapped across the face. My mind went blank; my field of vision closed in. I tasted metal in my mouth, and hot tears forced themselves into the corners of my eyes.

His words hung suspended in the air. If I didn’t respond, maybe they would float away without sticking to any part of the present moment. But the room was airless and unmoving. Only the sound of the white noise machine whirred in the background.

After the appointment, I wandered around Whole Foods still stunned and dazed as I tried to assemble something resembling a meal in the basket on my arm.

“Happy New Year!” the cashier exclaimed as he handed me my receipt and a paper bag of overpriced, organic spaghetti dinner fixings. I smiled wanly and walked out the double doors in a trance. The brisk winter air jolted me into the realness of the moment; of my presence on Earth.

It had been three years and eight months of marriage. I couldn’t remember him ever telling me, “You are beautiful.”

There might have been some, “You look nice”s, and a handful of “That looks nice on you”s. But as I pulled on threads of memories, not one unraveled a moment where I could remember him looking at me with awe or wonderment saying, “You are beautiful.”

Not in our initial three months of dating in DC. Not in the hours after I gave birth to our daughter. Not in line at Chipotle or while sitting next to each other at the Twins game. Not in the moments upon waking or while cooking dinner together. Not in the sated, languid moments after sex.

Not sitting on the patio after a long day of work (me)/school (him), glass of wine (me)/beer (him) in hand, our daughter scooting across the concrete on her plastic firetruck. Not as I headed off to work in the morning. Not on our wedding day.

He would kiss me eagerly in the entryway of my apartment building in D.C. after letting him in, my neck extended and craned as far as it could go to meet his 6’ 5” frame. He would take my hand and hold it in his in Target or at the State Fair — palm-to-palm, which felt like a more mature, more intimate gesture than the interlaced fingers of a teenage romance.

He showed up an hour after my grandfather died, cooked me dinner, and let me cry. He moved to Minnesota in the middle of February for me. He drove me to my acupuncture appointments late in the third trimester of my pregnancy. He never complained about two-day or two-week stretches of being a single dad during my work trips to DC or DRC, Juba or Yangon, Rwanda, or Bangladesh.

I thought he had said “You’re Beautiful” in so many other ways. Until I realized he had never spoken those words.

So why was I so stunned that late December day, at three years and eight months of marriage, when he said he was no longer attracted to me?

I’m guessing I’m not the only one that gets caught up in this futile exercise — trying to create beef bourguignon out of cans of Chef Boyardee and “Three-Buck-Chuck”. We snap a photo of our meal, apply some filters, and post it on socials, telling our friends about this amazing meal we whipped up from “cupboard leftovers.”

We leave out the part about the tinny aftertaste of canned meat. The slightly sour notes of cheap wine. The antacid we had to take an hour later.

What kind of lives could we lead if we were honest with ourselves — a plainclothes, no-nonsense kind of honesty? How might our expectations change about what is in front of us?

In our search for companionship, who would we attract if we were fearlessly authentic? How might we love if we designed our relationships with intention instead of letting them take on a life of their own?

This is my new pursuit.

Being honest with myself. Not ignoring my needs or my voice. Having the courage to live authentically as ME. Being intentional in relationships (romantic and otherwise).

Learning to recognize that which feeds my soul and that which stunts my growth. And allowing myself to fully believe I am worthy of a kind of love that declares, “You are beautiful.”