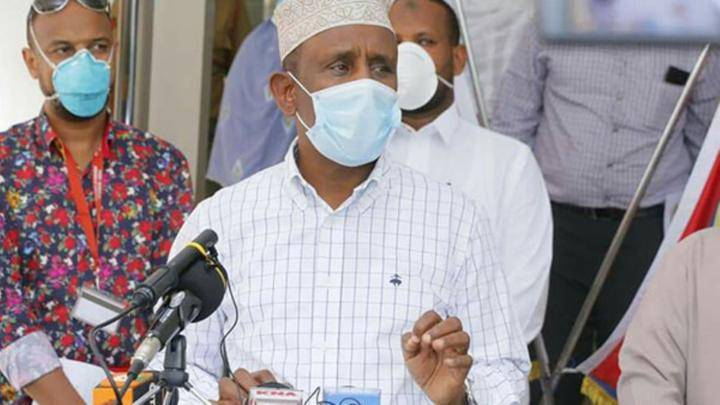 Appearing before Anti-Corruption Magistrate Douglas Ogoti, Governor Korane and four others were charged with conspiracy to commit an offense of economic crime, willful failure to comply with laws related to management of funds, and misappropriation of public funds.

They were charged that between February 25, 2019, and September 30, 2019, within Garissa County they mismanaged public funds allocated to the County Government of Garissa as a conditional grant for the Kenya Urban Support Programme (KUSP) amounting to Kshs. 233.506.000.

Magistrate Ogoti released the Governor on a cash bail of Ksh.3.2 million or Ksh.5 million bond and also barred him from accessing office.

The other accused persons, who are also county officials were granted a cash bail of Ksh.1.2 million and also barred from accessing office.

The five accused persons were also directed to deposit their passports with the court.