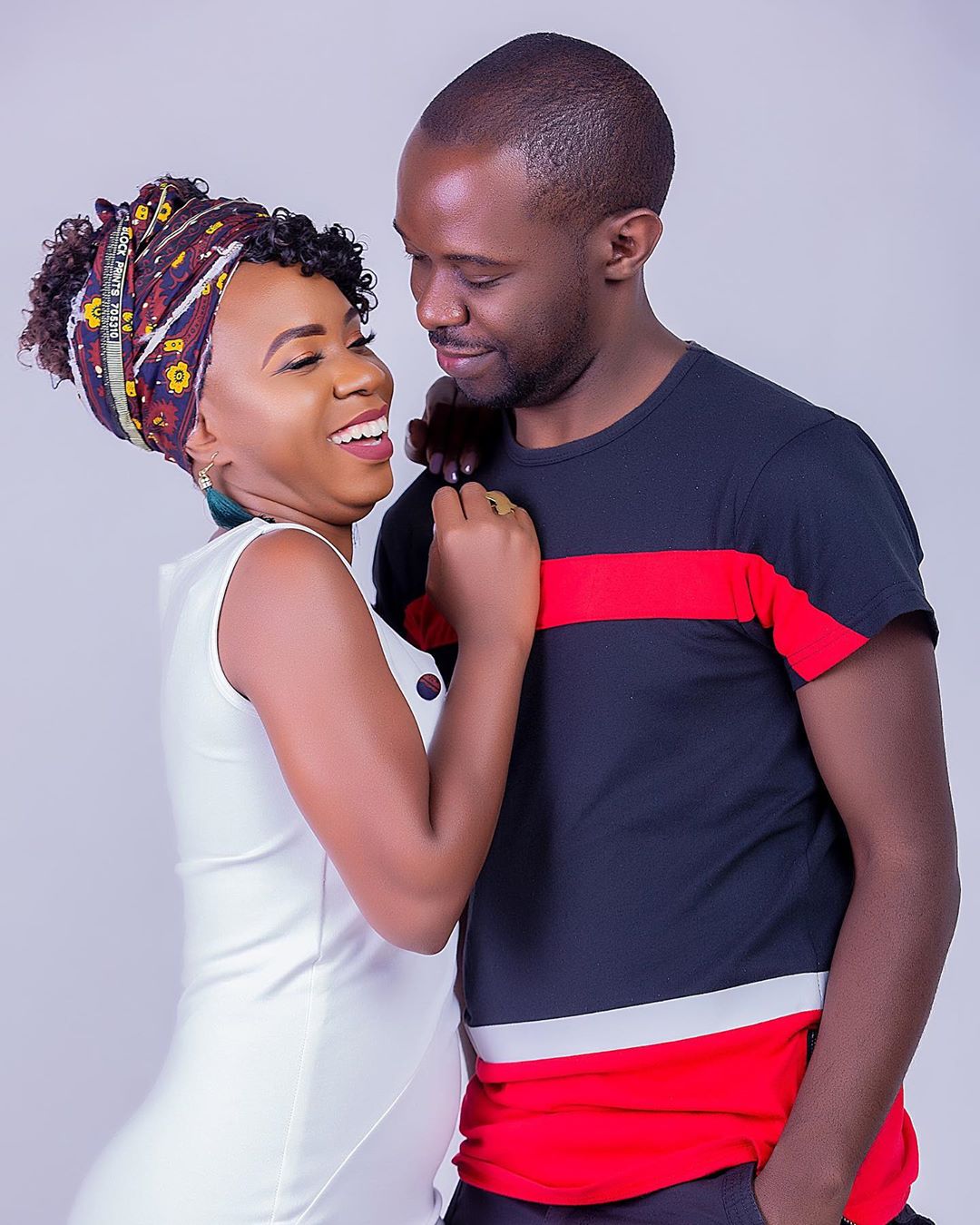 Gospel worship minister Evelyn Wanjiru is married to Agundabweni Akweyu. The two met in church in 2008 and a year later on January 1, 2009, they started dating.

But things weren’t easy as Agundabweni’s roommate was also interested in dating Evelyn.

At some point, the roommate warned him against making a move on her.

The hubby revealed all this in an interview with Samantha Bridal;

HE TOLD ME ‘JUST LEAVE THIS FOR ME, DON’T TRY IF YOU WANT TO BE MY ENEMY’

I WAS CONFIDENT THAT SHE WOULD BE MINE.

After going for a date, Evelyn asked her hubby to wait for four years as that was the time she was going to be ready to get married.

MY MUM CALLED MY SISTERS AND AUNTS TELLING THEM THAT I HAD TO GO FOR A DATE. SHE BOUGHT ME CLOTHES AND GAVE ME 200 SHILLINGS.

SHE TOLD ME TO MAKE SURE I TAKE JUICE AND THE REST USE IT FOR TRANSPORT BACK. JUST INCASE HE FAILS TO PAY…

HE TOLD ME HE WAS LOOKING FOR A WIFE AND I TOLD HIM I WAS NOT READY, I HAD JUST FINISHED SCHOOL. I TOLD HIM TO WAIT FOR FOUR YEARS. HE WAITED AND IT HAPPENED.

The two have now been together for 11 years. Apart from being a family, they are also business partners.