Home General Don’t be Afraid of Failure- Magoha to Students 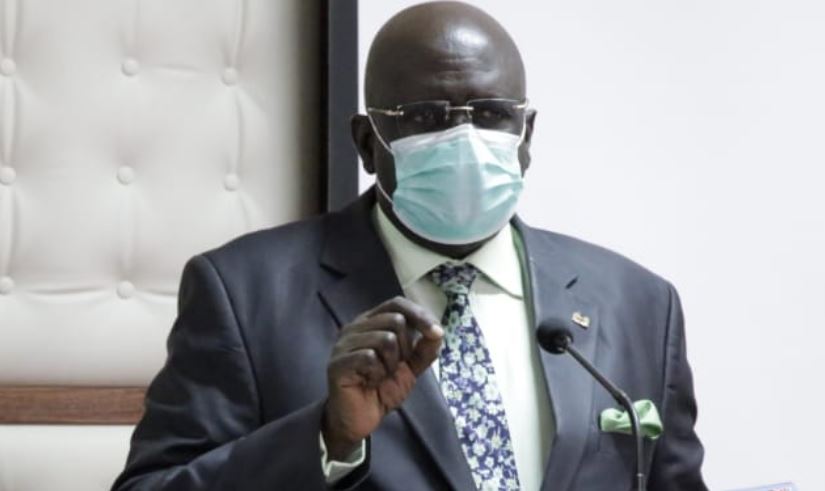 He told learners at Chavakali High School not to be afraid and said the failure narrative — based on a much earlier test — is meaningless.

The CS was at Chavakali Boys in Vihiga county where he was assessing exam preparedness.

“We have made these exams easier for learners — what they need is to think,” Magoha said.

“Stop reading like robots, open your thinking capacity and apply what you have learned in class,” he said.

He urged learners to be smart enough and face what they have learned.

Magoha said the main purpose of the exam us to find out what the learners captured after they returned to school after the Covid-19 closure.

“Don’t commit suicide because you have not done this or that —  focus on what you know and go on,” he said.

The CS urged learners countrywide to do their best despite of the long homestay that has hurt the learning sector.

“The grades you get are not in the coming exams are not a passport to hell. Don’t let them be roadblocks in our life,” he told learners.

The CS said learners should be positive about grades, and make them useful and learn from them.

Magoha warns ‘merchants’ who are promising to leak exams, saying he won’t let them walk free.

“This time I am not leaving anything to chance and I gave gotten powers to deal with merchants, especially in areas like Isibania, Kisii, and Migori where one notorious character is,” he said.

The CS said learners are well prepared and, the syllabus is well covered.

He said strict safety protocols will ensure covid-19 pandemic will not be a problem.