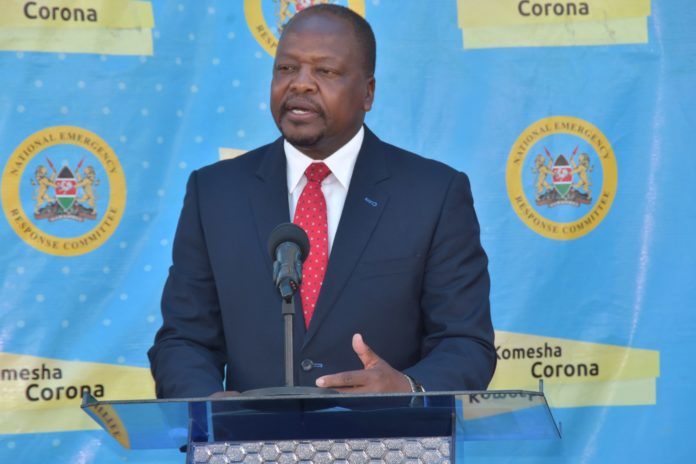 Twenty-six patients were admitted to the Intensive Care Unit on Wednesday due to Covid-19 complications.

From the number, 11 were on ventilator support, 15 were on supplemental oxygen, Health CS Mutahi Kagwe confirmed in a statement.

“Another 16 patients are separately on supplemental oxygen with 12 of them in the general wards and four in the high dependency unit,” Kagwe said.

The CS confirmed that 150 more people had tested positive for the virus from a sample size of 3,117 tests conducted in 24 hours.

This represents a positivity rate of 4.8 percent. The new cases comprised of 138 Kenyans and 12 foreign nationals aged between two months and 74 years old.

Meanwhile, the death toll continued to rise after three more patients succumbed to the virus. The total Kenyans lost due to the disease now stands at 1,769.

“There are 459 patients currently admitted in various health facilities countrywide, while 1,451 are on home-based isolation and care,” Kagwe said.

He added: “Seventy patients have recovered from the disease. Forty-three from the home-based isolation and care, while 27 are from various facilities. The total recoveries now stand at 84,060.”

Uasin Gishu came second with nine cases. Five of the cases were from Turbo, three from Anabkoi, and one from Kesses.

Garissa had six cases all from Garissa Town while Mombasa recorded five cases from Nyali, which had three cases, and Jomvu and Mvita with one case each.

Kitui recorded two cases from Kitui Central while Kisii and Trans Nzoai each had one case from Kitutu Chache and Kiminini respectively.