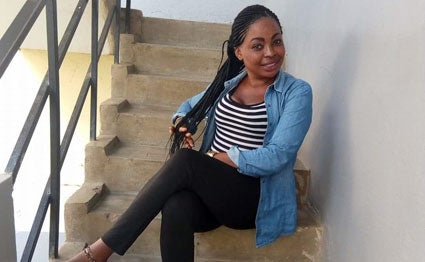 Police in Kisumu have launched a manhunt for two brothers suspected of killing their father’s lover in Dunga Estate.

A police report indicates that the two brothers are suspected of attacking Mercy Akinyi after they found her in bed with their father.

Kisumu Central OCPD Martha Ng’etich said the woman was attacked on Wednesday night at around 3 am, and that the suspects later went into hiding.

The suspects are said to have been angered by their father’s move to take the woman home as their mother lay sick in a Kisumu hospital.

Witnesses said the suspects had accused their father of not visiting their mother, who is in ICU, and instead spending more time with Akinyi.

On the night of the attack, neighbors said the suspects’ father was heard pleading with some unknown people not to attack a woman, telling them she was “their younger mother”.

Akinyi was later rushed to Kisumu County Hospital where she was pronounced dead on arrival.

Akinyi was described by her friends as an outgoing and jovial person. She is said to have met the suspects’ father at a local bar that she used to frequent, from where he invited her home for the night.

Her friends said she had been dating the man for some time.

Akinyi is reported to have struggled with her assailants before they overpowered her, punched her to the ground and attacked her with machetes and stones.

Akinyi’s mother, who did not want her identity disclosed, said she had accepted her daughter’s death and wanted her to rest in peace.

“My daughter lived her life and it has ended the way it has,” she said.

According to another witness, Akinyi was accosted by the suspects who had vowed to discipline her.

By last evening, police told The Standard they had not made any arrest and were still looking for the suspects.

“We have launched investigations and will arrest the suspects once they are found,” Ms Ng’etich said.