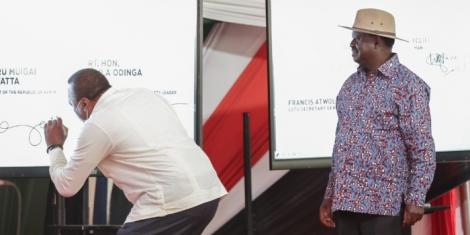 The road to a June referendum appears to be all clear, with the process following the timelines set by President Uhuru Kenyatta and ODM leader Raila Odinga.

On Friday, February 19, the National Assembly’s Parliamentary Committee on Budgetary Allocation and Appropriation announced that this year’s budget will factor in the cost of conducting the Building Bridges Initiative (BBI) referendum.

Funding for the referendum had been the biggest challenge facing the process with Deputy President William Ruto and his allies insisting that the economy could not afford an election before 2022.

Amos Kimunya, National Assembly Majority Leader expressed his confidence that BBI would pass. He added that the referendum will either be funded through a rationalized process or upfront.

The exact amount allocated was not revealed as Kimunya said the allocation would be determined after the IEBC gets its house in order. 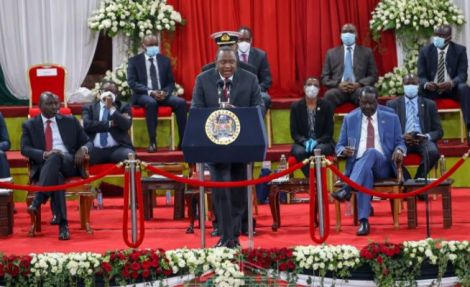 President Uhuru Kenyatta speaking at the BBI launch at Bomas of Kenya in Nairobi on October 26, 2020.

Kanini Kega, Parliamentary Committee on Budgetary Allocation and Appropriation Chair, said that the Big Four Agenda Will is the main focus, and Health, Agriculture, Industrialization, and Housing would be prioritized.

“We have identified the Big Four Agenda as a very critical component of the budget for this year because it is the policy direction of the current government,” Kega stated.

A showdown was experienced in Baringo County when Jubillee Party members allied to Deputy President William Ruto clashed with KANU party members. The county became the first to reject the Bill and still remains to be the only one on the nay list.

On November 2, President Kenyatta met with members of the National Assembly and Senate to generate a formula to establish the Referendum Committee members.

On Friday, February 18 while commissioning Soweto Level 2 Hospital, President Kenyatta called out those opposing the BBI Referendum Bill terming them as greedy and making promises to Kenyans without giving them any assurance. 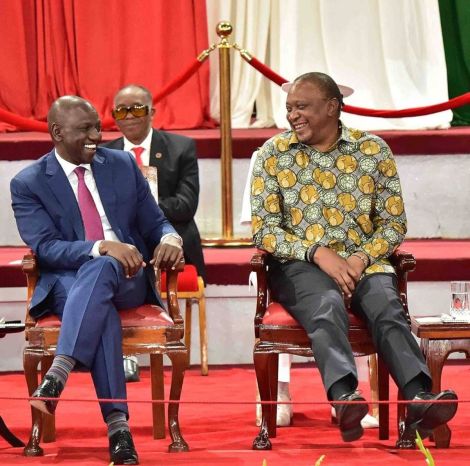 Deputy President William Ruto (left) and President Uhuru Kenyatta enjoy a hearty moment during the BBI launch at the Bomas of Kenya on November 27, 2019.