Bill Gates Admits He Made a Major Miscalculation About Mobile, and Microsoft Never Recovered. Here’s Why 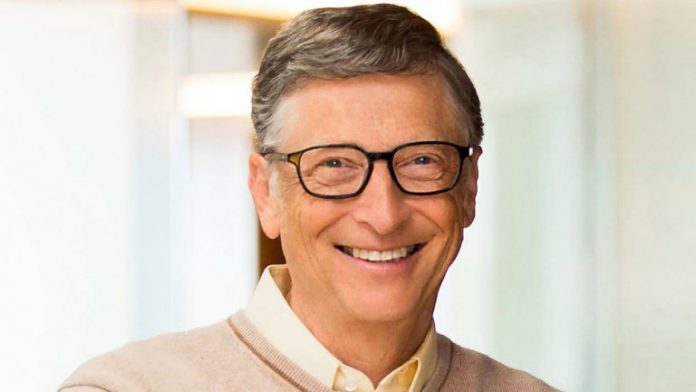 Bill Gates has probably made more mistakes than most of us have had successes. That’s just the nature of being an innovator. Of course, the sum total of all of those mistakes turns out to be a few enormous successes. You know, like Windows, Office, and a massive enterprise customer base. It’s hard to knock a guy with that kind of track record.

But there’s certainly one major area that Microsoft completely missed, and it has never recovered it. That, of course, would be mobile devices. In fact, the company’s forthcoming smartphone (that it doesn’t want you to call a smartphone), the Surface Duo, won’t run Windows at all. It runs Android.

Which happens to be true of, like, 87 percent of smartphones worldwide. Do you know how many run Windows? None. At least none made in the past five years.

According to Gates, the problem was that he was too distracted by the company’s antitrust issues at the time, and simply lost focus.

“There’s no doubt that the antitrust lawsuit was bad for Microsoft,” said Gates at The New York Times‘ DealBook Conference today. “We would have been more focused on creating the phone operating system and so instead of using Android today you would be using Windows Mobile.”

To put that in context, “That’s a few hundred billion here or there,” Gates said. That’s dollars by the way. Which is not a small miss even by a company worth roughly a trillion of those dollars.

Now, I’m certainly not one to disagree with a mind like Bill Gates, but I think you can make a good case that antitrust is not the reason he missed mobile at all.

In fact, according to tech strategist Robert Scoble, Microsoft was betting on IT managers and chief technology officers to be the primary driver of smart device purchases. The problem is, the iPhone changed that completely. People wanted something easy to use, that just worked, and was accessible.

Bill Gates thinks Windows Mobile would have beaten Android without Microsoft’s antitrust woes https://www.theverge.com/2019/11/6/20952370/bill-gates-windows-mobile-android-competition-comments-microsoft-antitrust?utm_campaign=theverge&utm_content=entry&utm_medium=social&utm_source=twitter … // If you make a timeline of all these events.

I was in the room and anti-trust wasn’t what doomed Windows Mobile. It was the bet that CTOs were in control of all IT purchases. Steve Jobs changed that totally and Bill didn’t have the tools to react quick enough.

That’s an enormous difference in strategy, and if your device is designed to appeal to people whose primary concern is whether it integrates with your company’s enterprise-level network and security requirements, you’re not appealing to end-users.

It turned out that it was the end users who drove purchases of smartphones, both in their personal life and for use in corporate America. But Microsoft had never really been a company that focused on the user experience because its main profit drivers had always been business users.

That was not the case with either Apple or Android. Both of those platforms were focused on the consumer. Obviously, Apple’s closed system has a much smaller user base than Android’s, but Apple’s iOS is installed on a little over a billion devices in use today, which, again, is more than none.

And Apple, more than any other company, forced the tech industry to consider the experience of the consumer first and foremost. It was a long time before iOS devices were allowed to connect to large enterprise networks because they didn’t have the same level of control that gives IT managers peace of mind. But that didn’t stop employees from buying and using lots of iPhones anyway.

Microsoft’s antitrust battles might have distracted Bill Gates, that’s almost certainly true. But the distraction was thinking that the right strategy was to do the same thing Microsoft had always done. The iPhone changed everything around how people interact with both mobile phones and computers, and Android brought that strategy to the masses.

But Gates is probably right that if Microsoft had gotten mobile right, a whole lot of people would be using Windows phones instead of Androids. Which is a perfect example of why it’s so important to make the right call?