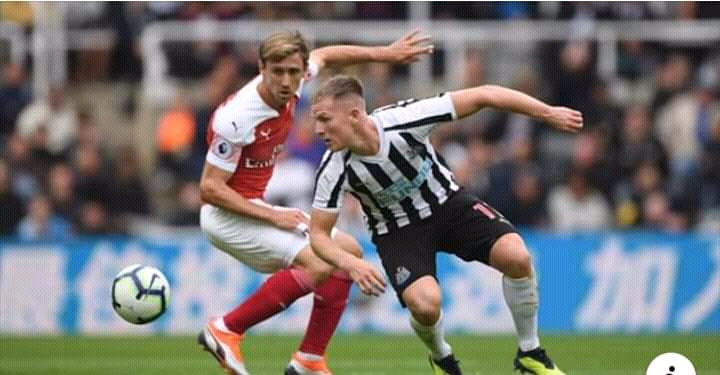 Arsenal thrashed Newcastle with goals from Aaron Ramsey and Alexander Lacazette. The two goals were enough to send Newcastle hopes to survive premier league relegation in a limbo. The march deserved win for Unai Emery boys helped them to move one step ahead from 4th position to 3rd.

Arsenal out shined Newcastle united from the first minute of the game. Aaron Ramsey who captained arsenal last night and French wonder kid Matteo Guenduzzi were very influential as they looked dangerous whenever they possessed the ball.

There has been a lot of changes in Arsenal gameplay since Spaniard tactician arrived in North London. Emery with a lot of improvements in the defence and the midfield had promised to ensure his new team gets back to champions league competition when he arrived at Fly Emirates in the begging of this season.

Newcastle united are staring at relegations zone with 7 games remaining to end 2018/2019 season.

Arsenal are two points ahead of Manchester United, Tottenham Hostpurs and Chelsea in a hotly contested top four slots this season. Manchester united will be playing a more attacking Wolverhampton wonders tonight.

Wolves as commonly known has beaten united once and recorded a draw in the last two encounters. United boss Ole Gunner Solskajear gave an update on United injuries. He said Victor Linderlof, Alexis Sanchez, Antonio Valencia and Eric Bailey will not future in tonight game.

If united win tonight it will move one point ahead of arsenal. Unai Emery side has a game in hand with Wolves that will be played next week on Wednesday.