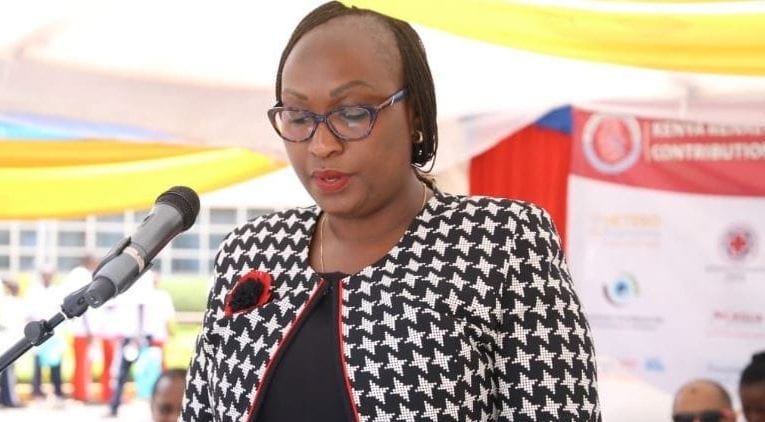 Anne Kananu Mwenda is the new deputy governor for Nairobi County, taking over a position that had remained vacant for three years.

Ms. Mwenda was sworn in on Friday afternoon, in an exercise expected to culminate in her ascension to the Office of the Governor to replace Mike Sonko, who was hounded out of office through impeachment.

Prior to her nomination as deputy governor on January 6, 2020, Ms. Mwenda maintained a low-key profile. At the time, she was the Nairobi County Chief Officer for Disaster Management and Coordination, a position she had held for the last two years.

She was married to the late Philip Njiru Muthathai who died in January 2019 following a road accident.

Before she was appointed to be in charge of the county’s Disaster Management and Coordination docket, she served as a security supervisor in charge of quality control and training at the Kenya Airports Authority for 13 years.

Prior to that, she worked as a personal assistant at H. Mogambi & Co Advocates as well as Mokir Enterprises, which was a Safaricom Consultancy firm responsible for handling customer services.

Ms. Mwenda also previously served as a switchboard operator at the Kenya College of Communications Technology.

In 2018, during vetting for the County Chief Officer for Disaster Management and Coordination position, Ms. Mwenda disclosed that she holds a Bachelor of Science Degree in Criminology and Security Management from Dedan Kimathi University obtained in 2016.

She further told the vetting committee that she has a Diploma in Criminology and Security Management from St. Paul’s University undertaken in 2013.

According to her vetting report seen by Citizen Digital, she also undertook two certificate courses in Human Resource Management and Public Relations at the University of Nairobi between 2011-2012.

She is also trained in disaster management and security as well as active shooting and hostage training.

Ms. Mwenda cleared her Kenya Certificate of Secondary Education at Our Lady of Mercy High School in 1999.

Her nomination to the deputy governor position initially hit a hurdle after the High Court barred her vetting by the County Assembly pending the hearing and determination of the petition filed by Peter Odhiambo Agoro.

In the petition, Agoro argued that Sonko had violated court orders by making the nomination since, at the time, Anti-Corruption Court Magistrate Douglas Ogoti had barred Sonko from accessing office after he was charged with graft.

The petition was withdrawn early this year, paving the way for the vetting and swearing-in process.

She is set to take over the Governor’s office, which is currently held by Speaker Benson Mutura in acting capacity, for the remaining term until 2022 when fresh elections will be held.