Home General What It Means to Be “Paperclipped” and Why I’ll Never Fall for... 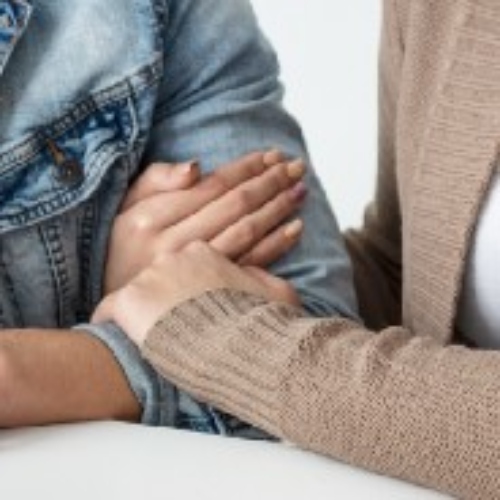 I think one of the most problematic parts is how good it feels, at least at first. It made me feel hopeful, special, and worthy.

Looking back, though, the fact that paperclipping made me feel those ways shows just how insecure and unworthy I felt. It shows my lack of respect for myself and how badly I wanted a relationship.

“Paperclipping” is when an ex comes back into your life for no reason other than to feel better about themselves. They don’t want to be with you and they don’t mean the kind words they say; they only want to use you to feel confident and likable when they’re otherwise feeling insecure.

Like “Clippy,” the little paperclip with eyes that used to pop up on Microsoft Word, their presence is unsupportive and irritating.

According to a clinical psychologist, paperclipping has existed for longer than the term has, and it’s a way for people to use inauthentic, occasional connection, and others’ emotions to increase feelings of self-esteem.

I was paperclipped around three or four years ago by a guy I was essentially in love with, despite the fact I hadn’t know him long. While I do tend to fall in love (or even “fall in like”) quickly and easily, he was different. He showed me a level of respect and interest that I had never experienced before romantically.

Looking back, I realize I should expect that level from everyone, and it’s sad that I find that level rare.

Anyway, we hung out once over winter break and texted fairly consistently for about a month. However, as he became busier with a fraternity he was rushing and started to show his true colors, his texts lessened.

Saying he didn’t have the time to talk to anyone anymore, he essentially dumped me — on Valentine’s Day.

Despite the fact we weren’t really ever together, I felt heartbroken, crying often. I felt sadder about the end of our relationship than I felt about traumas I’d recently gone through, potentially because I’d lost the biggest sign of hope I’d found, and potentially because the “break up” was easier to process.

However, a few months later, around June, he texted me again.

And I was thrilled.

He apologized for having to cut things off and said he had more time now. He reverted back to the person he was at the start of us talking, in which he was kind and gave me compliments occasionally.

But our talking this time was even shorter-lived: He ghosted me within a week.

While I didn’t feel as sad, per se, I definitely felt disappointed. I didn’t know what went wrong. I thought about all I’d said, worrying that I’d said the wrong thing. For some odd reason, I blamed myself.

We didn’t talk for a few more months, in which I completely gave up on him. But lo and behold, a couple months later, around August, he texted me again.

I thought this behavior was weird and somewhat annoying. My interest in him had greatly lessened. However, he continued to push the conversation, and part of me still really liked him, still desperately wanted him to be the person I thought he was when we first started talking. Somehow, for some reason, I still held out a little bit of hope.

Then he ghosted me again. This would continue a few more times. He even went as far as to tempt me with hanging out in person again, saying he’d moved to a city that’s near where I was for college.

But eventually, I realized: I’m worth more than this. I’m not going to continue to fall into his trap when I know he’s just going to ghost me — paperclip me — again and again.

I don’t need to be confined by a paper clip anymore. I don’t need an annoying reminder of his lack of support, a reminder that he’s there but won’t actually love me.

I painfully realized he wasn’t interested in me. If he was interested enough, he would’ve done a better job keeping up with our relationship, interacting with me more. The reason for his behavior was much more self-centered: He wanted to know that he was special enough that he could get girls to keep coming back to him no matter how often he left them in the dust. He knew if he needed an esteem-boost, he could text me and my quick replies would give him just that.

Additionally, people paperclip others for several reasons, none of them pertaining to me. According to a clinical psychologist, people who paperclip are emotionally immature and are either unable or scared to engage in a more meaningful relationship. They fear abandonment and rejection.

Again, his paperclipping actions had nothing to do with me or who I am. I didn’t do anything wrong — he did.

What’s a shame for him is in trying to avoid abandonment and rejection, that’s what he got. Once I learned I wasn’t respecting myself and that I was worth more than his disrespect, I didn’t fall for his tricks anymore, didn’t let myself be used by him.

I feel for him still, but only in the sense that I understand fears of abandonment and rejection. However, despite those fears, I don’t use others. Instead, I’ve learned how to work on myself.

I’m working on not taking every slight change in someone’s tone as anger or irritation. I’m reminding myself that people have their own issues that likely play the biggest role in them ghosting or hurting me. I’m learning that rejection doesn’t mean I’m not good enough, and that rejection can actually lead to bigger and better things. I’m trying to respect myself more.

For his sake, and for the sake of other girls I’m sure he’s paperclipping, I hope he tries to learn those lessons too. I hope he realizes what he’s doing and how it’s hurting everyone involved.

But until then, I want us all to know this: Learn to love yourself first, and the rest will follow.