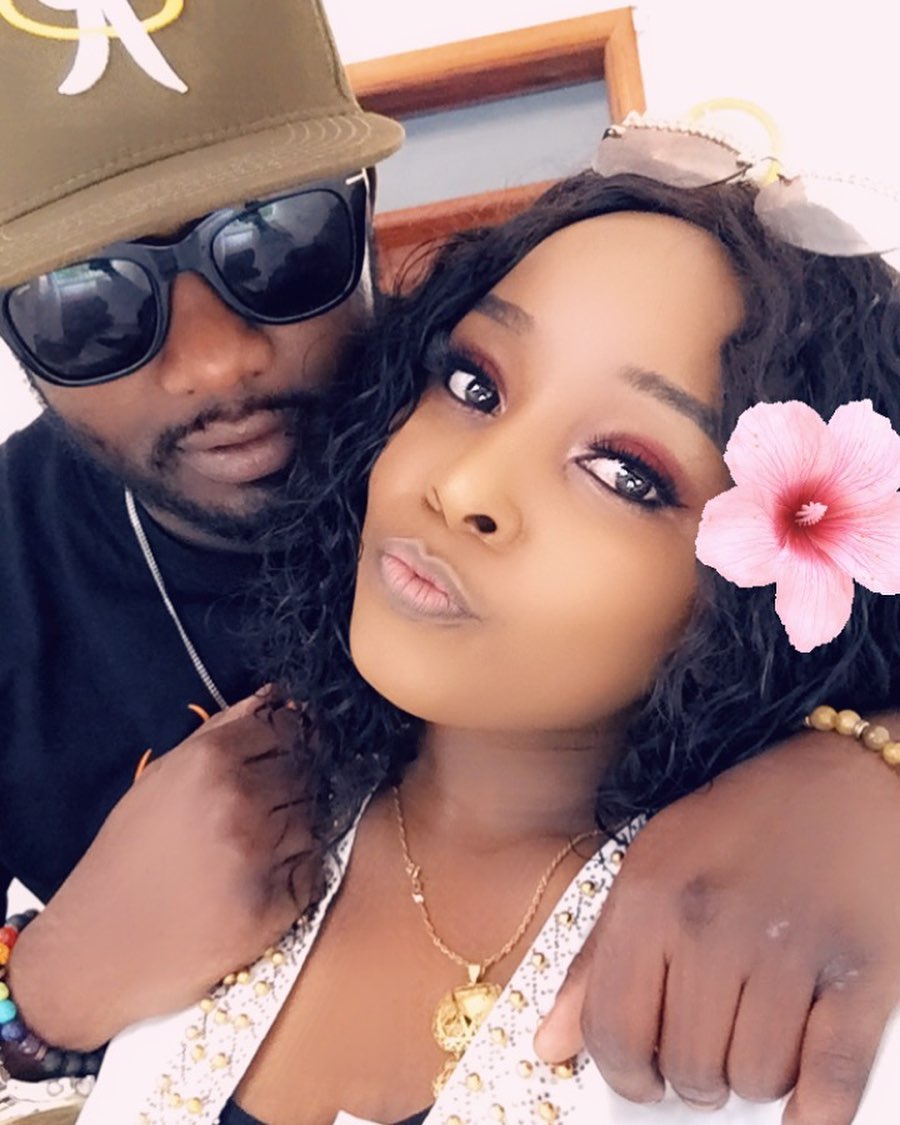 Nairobi governor Mike Sonko Mbuvi is soon going to be welcoming a new member into his family.

His firstborn daughter Saumu is planning to walk down the aisle with her fiance, Lamu Senator Anwar Loitiptip.

The couple welcomed their first child together on March 9, 2020, the same day she also welcomed her firstborn daughter years back.

Four months later the couple has set the date of their wedding.

Revealing this, Saumu posted a video inside a car with her senator bae driving with the caption,

In her profile description, Saumu describes her husband to be as charming saying,

“WIFE TO THE MOST CHARMING MAN.”

The mother to Lamu senator Anwar Loitiptip is a superwoman.

In a past interview, she revealed that she will not quit her job as an ambulance driver in the county just because the son is now a big shot in politics.

She has been at her job for over 15 years now and says she sees no reason why she should quit simply because her son got elected as a senator.

Umi says she has raised her children in extreme poverty and doesn’t believe a good job should be thrown away simply because another opportunity has arisen.

“I’M PROUD OF MY SON AND WHAT HE HAS BECOME TODAY. ITS THE DREAM OF ANY MOTHER FOR HER CHILDREN TO ACHIEVE SO MUCH IN LIFE. I HAVE BEEN THROUGH A LOT RAISING MY CHILDREN. POVERTY HAS BEEN OUR GUEST SO MANY TIMES BUT I THANK GOD THAT WE HAVE COME THIS FAR. AND THAT’S WHY I DON’T PLAN ON QUITTING MY JOB JUST BECAUSE ANWAR IS NOW A SENATOR. I WILL STILL CONTINUE WORKING TO EARN MY BREAD AND TAKE CARE OF MY YOUNGER CHILDREN. I KNOW ANWAR WILL HELP BUT I WILL STILL DO MY PART AS MOTHER,” SAID UMI.

She said she in not in her job just for the money for also for the reward that God has in store for her following the service she renders to patients in need of her services at the Mpeketoni hospital.

“ITS ANWAR WHO HAS BEEN ELECTED SENATOR NOT ME. MY DUTY LIES WITH PATIENTS AT THE MPEKETONI HOSPITAL AND ITS NOT JUST ABOUT THE MONEY, IT’S ABOUT GOD REWARDING ME FOR MY DUTY AT THE END OF IT ALL AND TO TOP IT ALL, I LOVE MY JOB AND HAVEN’T EVER DREAMT OF QUITTING,” SHE SAID.

Umi said she was comfortable with her position as a driver.

“I WILL REMAIN A DRIVER TILL I RETIRE AND AM NOT ASHAMED OF MY JOB JUST FOR THE RECORD. I CAN’T USE MY SON TO GET MYSELF ELSEWHERE. I AM JUST HAPPY OF HIS ACHIEVEMENT BUT I WILL CONTINUE WITH MY JOB,” SHE SAID.