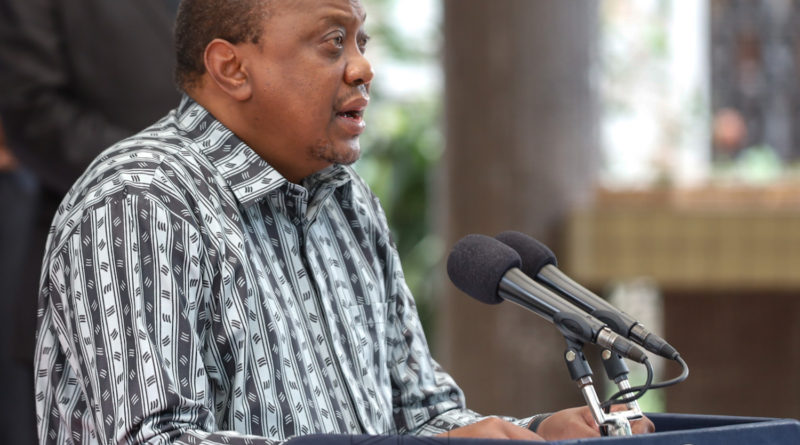 President Uhuru Kenyatta has opened the 12th National Covid-19 Conference at the Kenyatta Intercontinental Convention Centre (KICC)  asking experts to question everything done against the pandemic in the past six months.

He said the country had known what Covid-19 is all about and is capable of but it is quite difficult to predict the future.

“I urge you to question everything we have done in the last six months in order to tease out what we need to plough back.

If we make this a questioning conference, I want to propose a five-point questioning framework to participants today.  This framework should guide us in understanding our performance and charting the way forward.”

First, the president wants the conference to look at the country before the pandemic, the interventions, and how such steps added value.

Secondly, he wants the conference to determine whether the intervention measures employed in the past six months were effective and whether they translated into the proper use of the resources.

The first one is about determining whether the mode of responses to the Covid-19 can continue into the future as the country enters a new phase of normalcy.

Lastly, he wants a determination on the appropriateness of the responses, whether they were built on existing platforms and whether they resonate with the needs of the people.

Health Cabinet Secretary Mutahi Kagwe declined a call to gauge his performance against the pandemic, during the 12th Covid-19 Conference.

Kagwe lauded the efforts of the central government working alongside county governments saying the health facilities have received massive boosts.

According to Kagwe, Kenya now has 400 Intensive Care Unit (ICU) beds spread out of the country. This doubles up with 7,000 isolation beds build from scratch and a team of well-drilled medical personnel.

The conference has drawn various stakeholders involved in the fight against the pandemic at the Kenyatta Intercontinental Convention Centre (KICC) in Nairobi.

After handing over the report of National Emergency Coronavirus Committee to the president, Kagwe narrated briefly Kenyan journey with the fight against the virus. Apart from the challenges of getting the Personal Protective Equipment, reagents among other requirements; the CS said the country is now better placed after setting p 38 laboratories.  He said the country’s fight against the pandemic has been boosted by multinational organizations and individuals of goodwill.

“Were it not for our development partners, and the people that stood with us, we would not have been able to contain Covid-19,” Kagwe said.